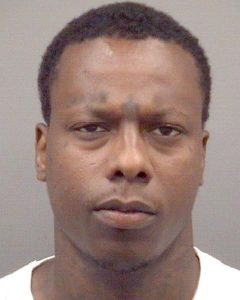 SALISBURY — A local man was charged this week after a home invasion and robbery in the 500 block of East Cemetery Street.

Salisbury Police Department detectives said a man was at home sitting on his couch when Raylin Lashawn Woodruff forced his way into the home. He showed a gun and made demands, a police report said.

Police charged Woodruff, 27, with robbery with a dangerous weapon.

According to detectives, a witness helped police identify Woodruff as the robber.

By Shavonne Walker shavonne.walker@salisburypost.com SALISBURY — A Rockwell man stole a 55-inch television from Walmart and returned to the store... read more