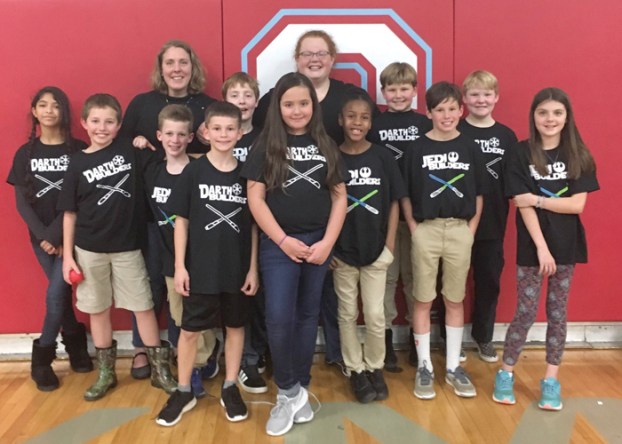 By Dr. Datarvia Parrish
For the Salisbury Post
Founded by inventor Dean Kamen, For Inspiration and Recognition of Science and Technology (FIRST) was created to inspire young people’s interest and participation in the fields of science, technology, engineering and mathematics.
On Dec. 15 at Olympic High School in Charlotte, 36 teams of fourth- through eighth-graders convened to demonstrate their immersion in real-world science and technology challenges. Teams were tasked to research and design their own solution to a scientific question or problem and build autonomous robots using Lego Mindstorms technology to perform a series of missions.
Overton Elementary competed with two teams, Jedi Builders, coached by Jessica Tucker, and Darth Builders, coached by Jessica Cash. Teams engaged in a full day of competition from 7 a.m. to 5 p.m., highlighting the three essential parts of FIRST competition — core values, the robot game, and the project.
Much of the day included explaining the competition’s core values to judges, building and programming robots to perform on a pit table, and explaining individual research project to onlookers and judges alike.
Of the 36 teams of mostly middle schoolers, the Jedi Builders of Overton Elementary finished ninth in the robot game.
“It truly is an amazing feat,” said Tucker. “I am so proud of my students. It’s our first year, and they successfully completed all the missions they went to the competition prepared for. There is quite a learning curve on coding their robots and they were able to beat out 27 other teams.”
Overton teams’ research targeted health and wellness of astronauts and the environment beyond Earth’s mesosphere.
The Jedi Builders’ project, named Fooji, focused on the development of space-friendly food for both astronauts and the space environment, while the Darth Builders team centered its research on the companionship of astronauts with a robot puppy pal.
Members of the Jedi Builders were Seven-Hazel Boone, Nicholas Eppehimer, Sophie Martinez, Elisha Shelton and Donovan Tucker. Members of the Darth Builders were Nick Clement, Connor Davidson, Grant Hill, Aiden Palmore and Marlee Spear.
The FIRST Lego League Competition is sponsored by FIRST and the College of Engineering at North Carolina Agricultural and Technical State University. For more information, visit www.firstinspires.org.
You Might Like