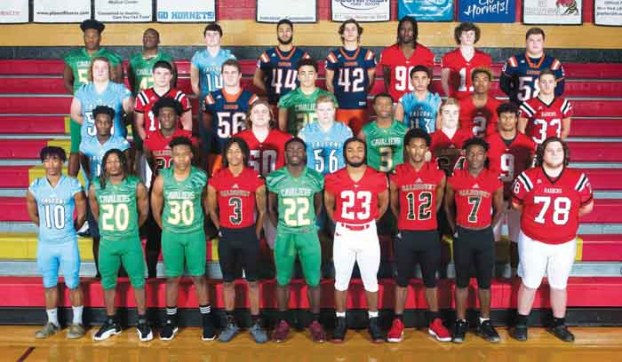 SALISBURY — North Rowan played in the second round of the state playoffs after receiving a first-round bye, but the bottom line was a second straight season without a playoff victory by the Rowan schools.

Rowan schools are 0-7 in the playoffs the last two seasons, uncharted waters for the county, but that doesn’t mean there weren’t outstanding individuals at work.

North running back Malcolm Wilson and West’s passing combination of Payne Stolsworth-to-Jalen Houston made their mark in school and county record books, while roughly a half-dozen linebackers competed at a player of the year level.  Quite a few players gave everything they had while playing both ways.

Figuring out an all-county football team is always a headache in some respects, but it’s also a pleasure to recognize 32 individuals as first-teamers, plus a second team that is almost entirely made up of players that coaches nominated for first-team honors.

On several teams, the two best defensive players were linebackers. We really didn’t want to choose between North’s Nautica Patterson and Jordan Goodine or pick between West’s Baiden Suddarth and Daniel Durham, so they’re all on the first team and deserve to be.

Picking the all-county football squad is always a three-part process. Get nominations from coaches. Piece together an all-county team that covers all the positions, a team that could actually line up and play. You don’t want six QBs and two offensive linemen.  Finally, name a team that reflects the sort of season each school had.

County champion West Rowan and North Rowan, which had the most wins (9), have seven first team players each. Like West, East was 6-6, but the Mustangs have six on the first team. That may seem like a lot, but all of them are no-brainers. Salisbury, which went 7-5, has five on the first team. Carson has only four, two of them specialists. We realize Carson beat Salisbury, but the Hornets had a much stronger overall season. South matched Carson’s three wins but didn’t beat anyone in the county. The Raiders have three on the first team.

Finally, we’ve named a special teams player of the year for the first time. That’s Salisbury’s Cam Gill, who holds two spots on the first team as a DB and kick returner.