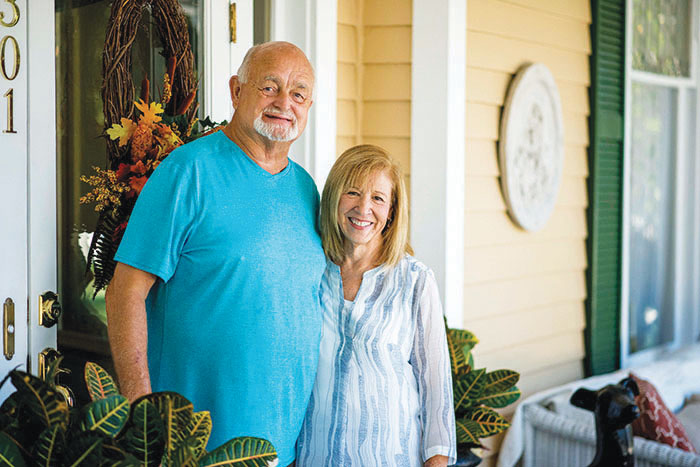 SPENCER — To the town of Spencer, Tommy Stoner was much more than just a resident.

The 71-year-old, who passed away at his historic Fourth Street home Friday, is being remembered by neighbors as a character: the type who could bring history to life through his practiced knowledge of Rowan County.

“He could spin a yarn that was the size of Montana,” said fellow Fourth Street resident Laura Rodd. “He could spend hours telling you amazing things.”

But Stoner was known as much more than as just a storyteller. Neighbors remember him as a kind and generous soul who took joy in giving of his time, insight and resources.

“He was a very special person,” said Rodd. “I have to say, our community has been lessened by his passing.”

A Rowan County native and graduate of South Rowan High School, Stoner had through the years become a champion of Spencer and its historic district, offering knowledge and resources from his own efforts restoring his two-story, 1910 home.

He began the restoration in the 1990s alongside his late wife, Tonya. The project would continue as the years moved on, including transforming a breakfast nook into a wet bar, removing decades of wallpaper and paint, and refinishing original architectural details.

The home, which he later shared with his second wife, Judy, a member of the Spencer Historic Preservation Commission, was featured on this year’s Historic Salisbury Foundation October Tour.

Rodd said Judy and Tommy continued to work on the home until the tour, despite its already immaculate condition.

“He was a very influential person in trying to revitalize the historic district here,” said Rodd. “And he led by example.”

Rodd met Stoner just over a year ago when she and her husband moved from New York to be near her in-laws. He was one of the first residents she met, she said, delivering homemade bread alongside his wife as a “welcome to the neighborhood” treat.

The gift, which many of her neighbors also reported receiving, was indicative of Stoner’s character, she said. He would offer anyone anything, she said, from a glass of lemonade on a hot summer day to contacts and techniques for restoration projects.

Spencer Mayor Jim Gobbel, who had known Stoner for nearly 20 years, said his continuous work on his home and yard were reflections of his character.

“It would have made no difference where Tommy lived,” said Gobbel. “He’s the type of guy who takes care of his property.”

Having the home featured on October Tour was something Stoner called one of the greatest achievements in his life, Rodd said.

“He always wanted to share his house with lots of people,” she said. “He always considered himself a steward of the house, not really an owner. He felt it belonged more to the community and to anyone who loved historic homes.”

Members of Stoner’s family will greet friends and relatives from noon to 2 p.m. Wednesday at Christiana Lutheran Church in Salisbury.

A funeral will be held at the church at 2 p.m. with Pastor Carl Haynes officiating. Burial will follow in Brookhill Memorial Gardens.

The public is invited to participate in a 6-6:30 p.m. candlelight vigil in honor of Stoner, held in front of his 301 Fourth St. home.

“We want to stand on the sidewalk and steps and show his wife that he will be missed,” said Rodd, “that he was respected, that he was a pillar of the community and that he was admired.”