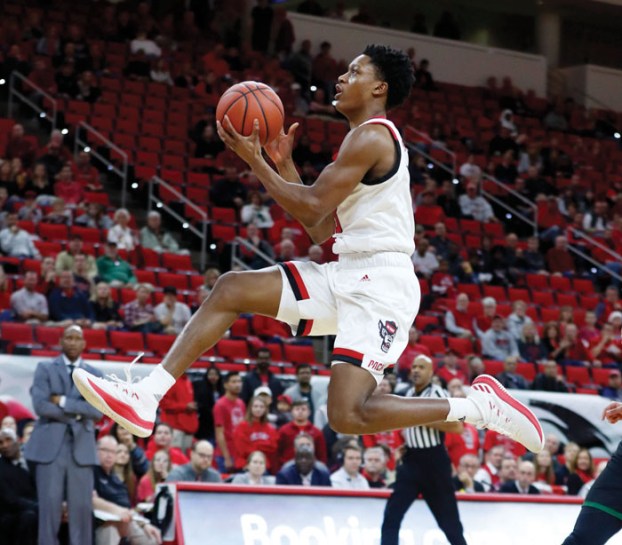 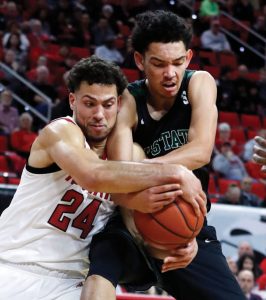 RALEIGH (AP) — North Carolina State coach Kevin Keatts won’t hesitate to go to his bench, especially if he keeps getting production like this.

Graduate transfer Eric Lockett had season highs of 15 points and eight rebounds to lead a high-scoring group of reserves in the Wolfpack’s 98-71 win against USC Upstate on Saturday, avoiding any stumble following a rousing upset of No. 7 Auburn a few days earlier.

With the starting five having a largely quiet afternoon, the Wolfpack (11-1) instead thrived by getting 62 points from the bench to account for nearly two-thirds of the team’s production. Lockett led the way after not even seeing the court against the Tigers, while Devon Daniels (13 points and eight rebounds) was one of four double-digit scorers among the reserves.

“I know a lot of you guys would say, ‘Well, your starters didn’t play well,’” Keatts said. “I put together a roster with 10 guys who I feel comfortable that I can play all 10 guys.”

The Wolfpack shot 55 percent and led most of the way by double figures, winning a fifth straight game and positioning Keatts’ club for a possible appearance in Monday’s new AP Top 25 poll. N.C. State also has its best start since going 12-1 to start the 2005-06 season.

Senior Pat Welch scored a career-high 14 points with four 3-pointers for the Spartans (4-9), who shot 47 percent. But USC Upstate committed 21 turnovers against the Wolfpack’s pressure, and N.C. State converted those into 28 points.

USC Upstate managed trim a 23-point deficit to 70-59 midway through the second half, but Lockett answered with a 3-pointer, then another — starting a run of five in a row for the Wolfpack to re-inflate the lead.

“His players play the right way and they play hard,” USC Upstate coach Dave Dickerson said. “And they compete. … We faced a really good team. I’m proud of the way our guys battled and stayed with the game plan.”

USC Upstate: The Spartans faced a tough task trying to take down a power-conference opponent on the road. USC Upstate lost at South Carolina to open the season and visits another Atlantic Coast Conference team with a Jan. 2 trip to Georgia Tech before starting their first run through the Big South after 11 years in the Atlantic Sun Conference.

“When you have nine freshmen in your program, you’re going to have those ups and downs of finding the right combination to play against a really good team like this,” Dickerson said.

N.C. State: The Wolfpack turned in a rousing and impressive performance in knocking off Auburn. The trick Saturday was to follow up with a quality performance in a game N.C. State was expected to win comfortably. It just didn’t come in conventional fashion with the reserves in charge.

At one point in the first half, USC Upstate had dunked home a transition score, but Keatts turned almost before the ball was through the net and signaled for five reserves to go in.

He stood silently with arms folded as the starters headed to the bench, then went for a quick word with them and a wave of his arms that prompted three of them to put on their warmup shirts over their jerseys. Most of that group sat for nearly 6 minutes, then Keatts went with his reserves for the first 4-plus minutes after halftime.

“It wasn’t so much I was sending a message,” Keatts said, “it was hard to keep the other guys off the floor.”

Keatts joked that Lockett “made me look like a bad coach” by playing well Saturday after not playing against Auburn.

“If we’re getting the job done, we’re winning, I’m happy,” Lockett said. “That’s what I came here for. I came here to win games and get to the NCAA Tournament.”