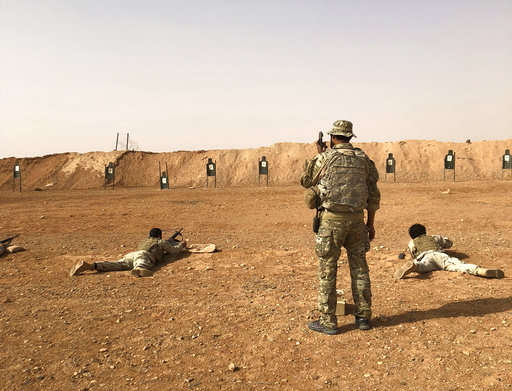 Other Voices: Syria pullout is a big mistake

The Trump administration may have sent ISIS a lifeline. It could be a costly decision — for the United States, for the nations of the Middle East, for the world.

The murderous butchers of Islamic State were on the ropes, their “caliphate” in tatters, their existence largely limited to remote sections of Syria. Several thousand American soldiers — many of them Special Operations troops from Fort Bragg — are in the region, working with an assortment of militias and some allied forces to exterminate what remains of the vicious insurgency that once claimed a broad swath of Syria and Iraq, including the latter country’s second-largest city, Mosul.

But an intense effort by Iraqi, American and other allied forces — especially tough Kurdish fighters — recaptured most of Iraq’s territory and drove ISIS into Syria, with the goal of neutralizing and eliminating the fanatic force.

But the effort was still a long way from the final death knell. As American Defense Secretary Jim Mattis said in September, “Getting rid of the caliphate doesn’t mean you then blindly say, ‘Okay, we got rid of it,’ march out and then wonder why the caliphate comes back.” As recently as the beginning of this week, Pentagon officials were saying that the U.S. is in it for the long haul, prepared to continue the effort to crush the insurgency.

But all that changed on Wednesday morning, when the White House announced that all American troops in Syria would be brought home. The president tweeted that the United States had “defeated ISIS in Syria, my only reason for being there during the Trump Presidency.” The move makes good on a longstanding Trump vow — first stated during his presidential campaign — to get American troops out of Syria.

The trouble is, ISIS hasn’t been fully defeated. That’s still a work in progress, which is why we’ve had as many as 4,000 American troops there, coordinating with other forces, training and supplying them, and sometimes directly engaging with ISIS remnants. Our presence has also served as a balance to efforts by Russia and Iran to extend their influence throughout the region — a mission of considerable importance.

Bringing our troops home before the job is done and there is some stability in the region is a dangerous risk unlikely to work out well for us or our allies. …

By Gary Pearce Talking About Politics My blogging partner Carter Wrenn hit the big time yesterday. He had the “Quote... read more