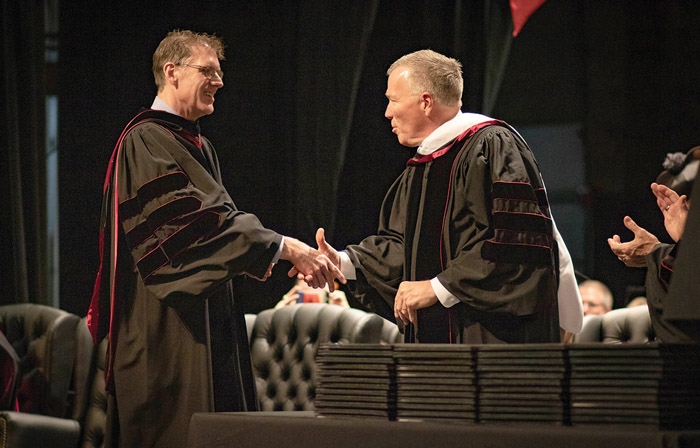 Each year after a nomination process, the college’s board of trustees approves awards to be presented at commencement. Honorary doctorate degrees are awarded to people judged to have outstanding character and personality who have distinguished themselves for scholarship or literary achievement, won professional or other distinctions, and have rendered notable service in a particular field.

A Lenoir-Rhyne alumnus, Goins graduated in 1979 with a bachelor’s degree in political science.

Goins is president and chief executive officer of Lutheran Services Carolinas, an organization based in Salisbury that provides care and service to 5,600 Carolinians.

Goins is on the Board of Lutheran Immigration and Refugee Service. He lives in Salisbury with his wife, Cheryl.