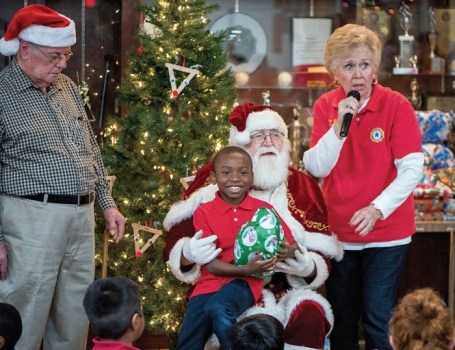 Overton Elementary School's Deangelo Kelly sits on Santa's lap as Penny Sides calls out the names of students to come get their presents. Harry Garwood is at left. Jon C. Lakey/Salisbury Post 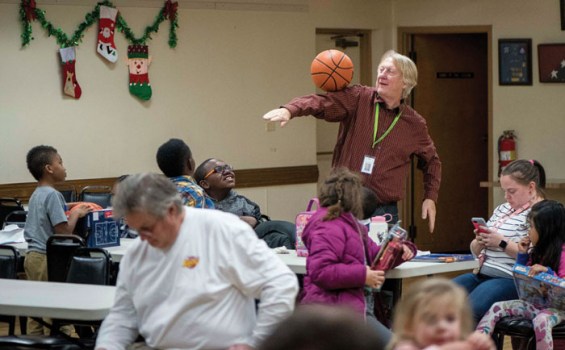 Overton teacher Dave Bogdon shows off his arm roll skills with one of the new basketballs that the children from Overton Elementary School received from Santa. Jon C. Lakey/Salisbury Post 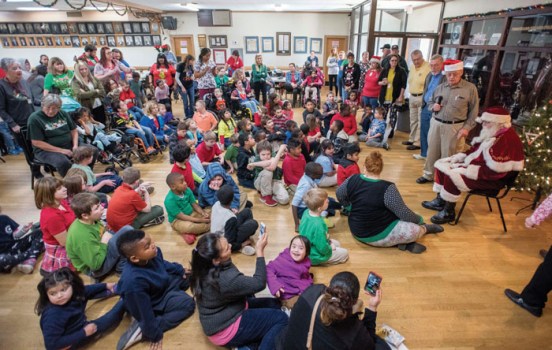 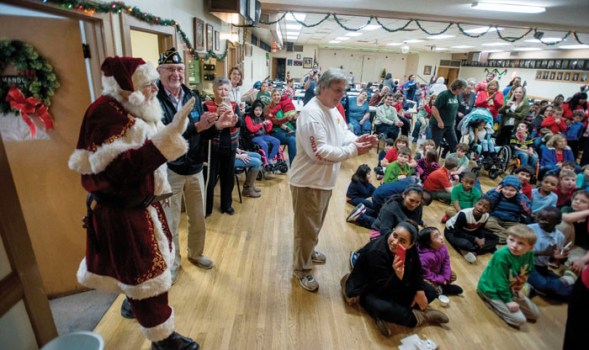 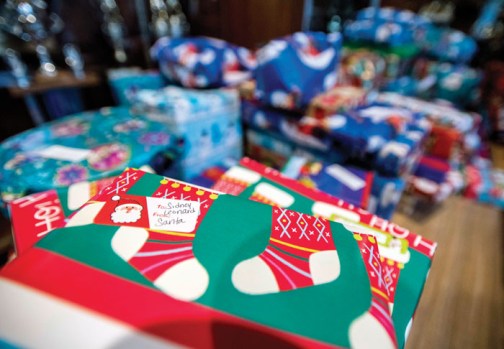 A present awaits one of the student guests. Jon C. Lakey/Salisbury Post 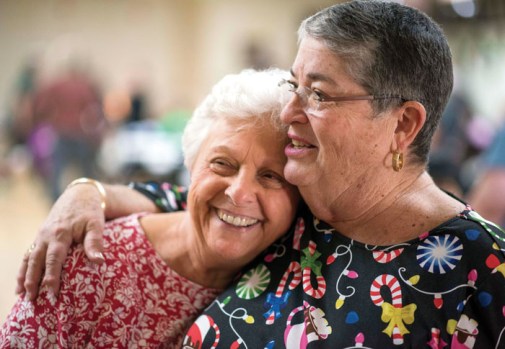 SALISBURY — For members of Harold B. Jarrett American Legion Post and its auxiliary, the question will always be: Who benefits more, the kids or them?

And invariably for the Legionnaires, the answer is always the same.

“You get more out of it than you put into it,” said Unit 342 Auxiliary President Penny Sides, who put plenty of hard work into Tuesday’s annual Christmas party for area students.

The day included children’s entertainment from Burns & Co. of Winston-Salem; a lunch of hot dogs, chips, drinks and ice cream; a take-home gift bag; and a personal present from Santa Claus.

The students — 103, to be exact — came from Overton, Millbridge, Bostian, Shive, Hurley, Hanford Dole and North Rowan elementary schools. It was the largest number of students since the party started modestly in 1978.

“This was a group of kids who didn’t get any special attention,” said Kaye Brown Hirst, who founded the party with her late husband, Ed. “We didn’t know what we were doing, but we fell in love with it that first year.”

This year, the toy-buying duties — students were asked to list three gift preferences by priority — fell to Sides and Assistant Adjutant Harry Garwood.

As she has since the beginning, Phyllis Richardson played an important role, too, as did many members of the post and auxiliary. “I enjoy it thoroughly,” Richardson said.

Walt Kincaid served as a finely dressed Santa Claus, down to his velvety robe, white gloves and beautifully grown beard.

Major sponsors for the party are Cloninger Ford and the Wallace and Graham law firm.

For many Legion members, “Christmas doesn’t start until after this party,” Wayne Kennerly said.

After Sides and Garwood spent hours of meticulous shopping, each of the 103 gifts had to be wrapped, a job falling to many of the auxiliary members.

Students ranged in age from 5 to 11, and the gifts included things such as Play-Doh, dinosaurs, blocks, footballs, basketballs, dolls, books and Magna Doodles.

The scary part is making sure you have the right gift for the right child and that each student leaves with his or her present.

“We counted those presents, I know, a hundred times,” Sides said.

The gift bags the students returned to school with included oranges, an apple, a coloring book, a big box of crayons, Christmas candy and bubbles.

The individual presents were handed out after lunch, as each student’s name was called one by one.

Picture 100 or so young students and their teachers gathered in a semicircle in front of Santa Claus, waiting for a chance to hear their names and receive their presents from him, and you get an idea of the excitement and noise level in the room.

“You should see them when they start opening the gifts,” Richardson said.

And she was right. The happiness and noise levels increased, and it made Christmas seem just around the corner.