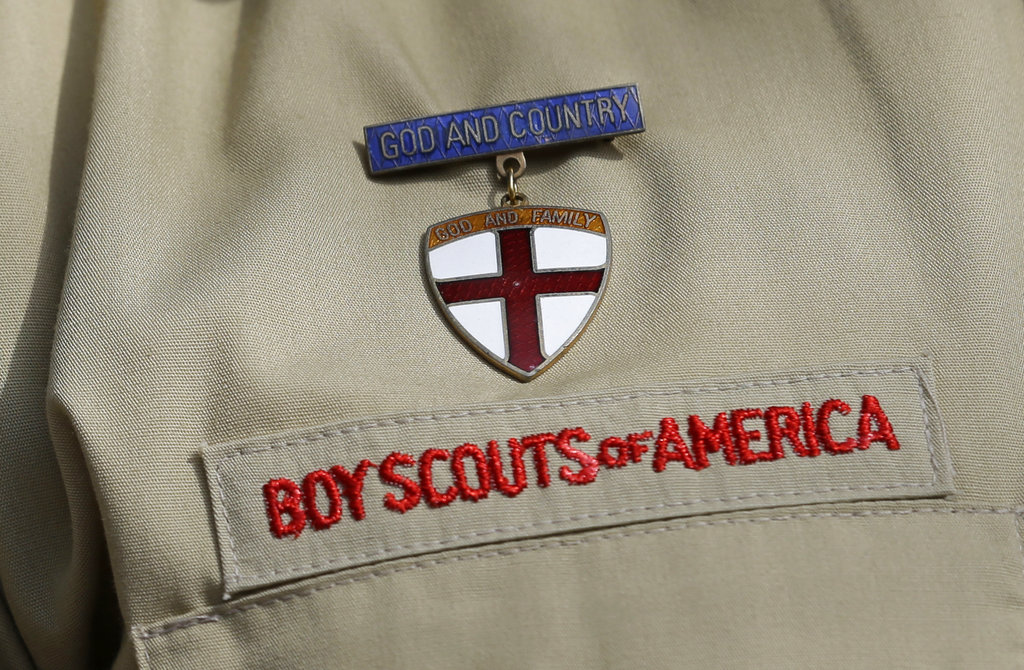 A close up detail of a Boy Scout uniform worn during a news conference in front of the Boy Scouts of America headquarters in Irving, Texas. (AP Photo/Tony Gutierrez, File)

The erosion of what many Americans once believed were the foundations of our country continues apace. They include, but are not limited to, overspending and debt (personal and national), never-ending wars, uncontrolled borders leading to massive immigration with no time for or expectation of assimilation and political divisions that grow wider by the day.

It’s now the Boy Scouts of America’s turn to join the parade.

The organization, which began in 1910 to, according to its website, “…train youth in responsible citizenship, character development and self-reliance” so they become honest men, worthy of admiration and respect, is now in danger of dissolving because of lawsuits filed alleging scouts were sexually abused.

In response to the suits, Chief Scout Executive Michael Surbaugh issued a statement:

“We have a social and moral responsibility to fairly compensate victims who suffered abuse during their time in Scouting.” Yes, they do, but what about their “moral responsibility” to keep sexual predators out of scouting so that boys won’t be harmed in the first place?

The Scout oath says “On my honor I will do my best to do my duty to God and my country and to obey the Scout Law; to help other people at all times; to keep myself physically strong, mentally awake, and morally straight.”

In today’s twisted thinking, how should honor be defined and by whom? Duty to God? What about the atheist? What does “best” mean and doesn’t that discriminate against boys who can’t live up to such a standard? Physically strong? Doesn’t that mean that the physically weak might feel excluded? And then we have the most offensive of all — Scouts are to be “morally straight.”

According to whose morals? And what does “straight” mean? To certain activists, it could sound like an anti-gay slur.

But this is not a gay issue, this is a criminal issue. This is about sexual predators taking advantage of lax leadership and mutable organizational guidelines that make it easy for them to gain access to vulnerable children.

How many Boy Scouts must suffer abuse before someone at the top of the BSA organization admits they made a mistake by opening the door so wide it became inevitable that some very bad people would enter?

Some of the alleged abuses go back to the ‘60s, according to The Wall Street Journal, but that is precisely where the rending of American culture began. The cultural decline was facilitated by court rulings banning prayer and Bible reading in public schools and the Playboy philosophy of Hugh Hefner and his counterpart, Helen Gurley Brown.

If the Boy Scouts of America files for Chapter 11 bankruptcy, their so-called leadership will have only themselves to blame.

The last time I checked, a “tolerance” badge was not one of the awards Boy Scouts can earn. Given the lowering of standards in the scouting program, it should be no surprise that the Boy Scouts of America is headed for the ash heap that has claimed other “morally straight” entities.