The Facebook logo is displayed on an iPad. AP photo 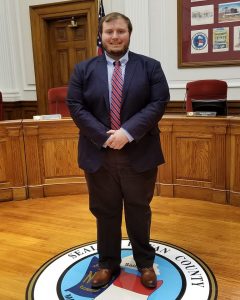 My name is Giovanni (Vincent) Spillman, the social media coordinator for the Rowan County Republican Party. I am reaching out to you today on behalf of voters everywhere concerning Facebook censoring a Republican ad for judicial offices in the recent election.

The Rowan County Republican Party ran an ad that was in favor of Supreme Court Judge Barbara Jackson.  Facebook decided to pull this ad off the site on Election Day. Facebook did this because they stated that it went against their “Community Standards.” However, they had previously approved the posting of this ad.

The Rowan County Republican Party ran the ad, and we were able to reach and educate 2,172 people organically. From these 2,172 people, we actually ended up having over 25,000 people see our ad after all of the interactions and shares on the post. The post had over 200+ shares, and another 300 from people sharing their posts. Our party went almost a full month of running this ad and made multiple edits to it. Every time I submitted the ad, on behalf of the Republican Party, I had to check a box that stated: “This ad relates to politics or an issue of national importance.” Facebook would then take approximately 30 minutes to review the post, and then they would approve it to run as an ad.

After the ad finished and was paid for by the party, Facebook decided to delete the post on Election Day well before the polls had closed. The question I and many others are asking, “Why would they wait until Election Day to do this?”  When they deleted this post, they removed it from the pages of the hundreds of people who shared it. Facebook deleted it at around 1:15 p.m. on Election Day. Before I could get to our Facebook page at that time, I had to, as social media coordinator for The Rowan County Republican Party, acknowledge that they were notifying me that they had deleted our post because “it went against Community Standards.”

Two days later, Facebook left me a notification stating, “We did further review of your image and the text looks fine.”

Why would they wait until Election Day to delete our ad? Attention must be brought to the fact that Facebook is censoring our local Republican Party and may have been impacting our state elections for our judgeships.

My Turn, Vernon Walters: What Christmas is really about

Anyone searching for the true meaning of Christmas should have been in the gymnasium on the campus of Nazareth Child... read more