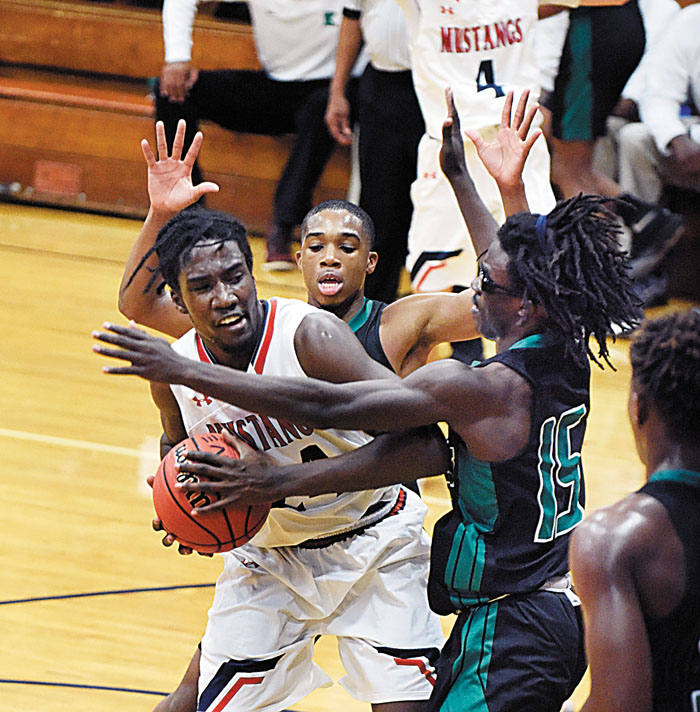 Not surprisingly, the majority of Rowan County’s boys basketball teams have come out of the gate sluggishly.

The 2017-18 season was exceptional and will be hard to match. Carson finished with a 26-3 record and a ranking of sixth in 3A by MaxPreps. State semifinalist Salisbury was 27-4 with a final MaxPreps ranking of No. 7 in 2A.

The county was hit hard by graduation. All five members of last season’s first team all-county squad were seniors, including three Carson Cougars. Salisbury lost first-teamer Trell Baker, the catalyst for its uptempo game, while West Rowan lost Caleb Mauldin, one of the most prolific scorers in county history. South Rowan graduated a pair of second team all-county players.

North, which returns its roster almost intact from an 18-9 club, has a good chance to be the county’s strongest team under new coach Jason Causby, who averaged almost 16 wins per season in 10-year tenure at Salisbury. North (4-0) is ranked seventh in 1A by MaxPreps and is the county’s highest-ranked team statewide at No. 78.

Goodlett already has put up a career-best 33-point game this season and is closing on 800 career points. Cooke, who has over 600 career points, scored 25 in the overtime win against Northwest Cabarrus that opened the season. Page, the floor general and a good shooter, should be one of the county’s top guards. Other experienced returners are Quintous Smith Jr., Zay Davis and shot-blocking sophomore Kendrell Goodes.

After six straight losing seasons, East (4-1) should be the county’s turnaround team under coach Kurt Misenheimer (23-55). The Mustangs were 9-16 a year ago, but they have four starters back in Hooper (17.2  points per game), Hinceman (10.8), Christian Bennett and Brandon Jefferson, plus key reserve David Jordan. East has size and experience and is getting good play from new faces Cameron Padgett and Gavin Sprinkle.

The Mustangs will find out a lot tonight when they host Davie County (4-0). Davie coach Mike Absher has a very experienced team and is ranked 21st in 4A.

The Hornets (2-2) haven’t played very well so far, but it’s probably just a matter of time before coach Bryan Withers (62-19), who is in his fourth season, pulls things together with a lot of new faces.

Gill is running the show and is one of the county’s best athletes, while Kesler (13.3)  is an efficient scorer. As was the case last season, the Hornets are quick and deep.

Salisbury dropped a big Central Carolina Conference home game against Lexington and is ranked 38th in 2A.

Making things even more challenging, the Cougars (2-4) played the first four games of this season without lone returning starter Cole Perry, who has made it back several weeks earlier than expected from ACL surgery.

Guard Cole Hales (11.2) is getting his first chance to play major minutes and has been consistent. Junior  forward EJ Clark, an unknown when the season began, has poured in 18.7 points per game with effort of 25 and 26, while transfers AJ Mauldin (West Rowan) and Javon Smith (North Rowan) have enjoyed productive games.

The county’s all-time winningest basketball coach Mike Gurley (404-185) is in his 22nd season in Mount Ulla. His task is to piece together a competitive team without Mauldin, the leader of last season’s 13-14 club and a forceful scorer and rebounder for four years.

West has started 0-5 for the first time since the 1983-84 season, but the Falcons are making progress. West lost at Lake Norman by 57 points on opening night but led for most of the rematch in Mount Ulla last week before falling by seven. West also stayed with North Rowan for three quarters.

After scoring under 40 in their first two games, the Falcons have managed 48, 51 and 64 in their last three outings.

While he doesn’t have any returning starters, coach Andre McCain (9-67) does have back several quality reserves from last season and is building around Andrew Jones, Jarron Hines and Brenden Finger.