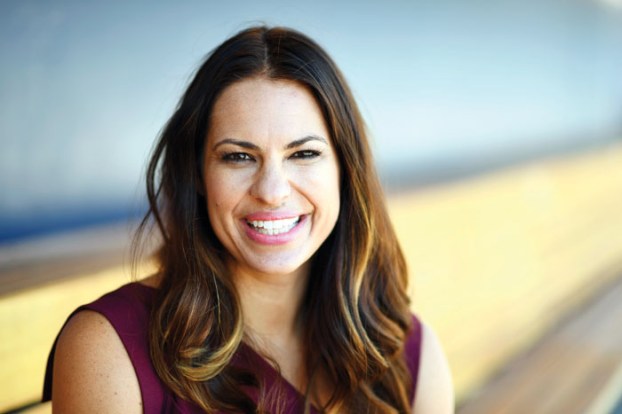 Jessica Mendoza will have more of a presence on various ESPN platforms starting next baseball season.

In 2015, Mendoza became the first female analyst for a nationally televised MLB game. She did her first Sunday night game on Aug. 30, 2015.

“Being in New York for 10 days during the World Series and appearing on a bunch of shows, I felt like it was a trial run to have more of a studio presence,” Mendoza said in a phone interview with The Associated Press. “The more consistently I started to do it, the more I grew to love it. It allows me to push baseball ideas and content in a bunch of different places.”

Mendoza, who has been with the network since 2007, has already been a fixture on “Baseball Tonight” for many seasons but the new agreement means she will appear more regularly on “SportsCenter” and “Get Up!”

Mendoza’s main assignment will remain “Sunday Night Baseball.” This will be her fourth full season but only her second working alongside Alex Rodriguez, Matt Vasgersian and Buster Olney. Mendoza said she quickly found a rapport with her boothmates. The Sunday night games will begin an hour earlier next season, at 7 p.m. Eastern.

Mendoza, who will be inducted into the National Softball Hall of Fame next year, will continue as a lead analyst during ESPN’s coverage of the Women’s College World Series. She was a four-time first-team All-American at Stanford and won gold (2004) and silver (2008) medals for the U.S. at the Olympics.

LAS VEGAS (AP) — Jayson Stark, acclaimed for mixing humor with impeccable knowledge during more than four decades of commentary, has won the J.G. Taylor Spink Award for meritorious contributions to baseball writing. He will be honored during the Hall of Fame’s induction weekend from July 19-22 in Cooperstown, New York.

The 67-year-old received 270 of 463 votes in balloting by members of the Baseball Writers’ Association of America with at least 10 consecutive years in the organization.

Stark was a Phillies beat writer and national columnist for The Philadelphia Inquirer from 1979-2000, then wrote for and appeared on air for ESPN through 2017. He joined The Athletic this year. He also appears on the MLB Network.

DUTCH PITCHER IN HOSPITAL AFTER HIKING INCIDENT IN AUSTRALIA

BRISBANE, Australia (AP) — Netherlands international pitcher Loek van Mil is in a Canberra hospital with serious head injuries while hiking over the weekend on the outskirts of the Australian capital.

The Courier-Mail newspaper on Tuesday quoted Brisbane Bandits chief executive Mark Ready as saying Van Mil was in a critical but stable condition.

He was found by a hiker after hitting his head on rocks and sustaining multiple fractures and bleeding on the brain.

“He lay unconscious for 24 hours in bushland until he was found by a hiker,” Ready was quoted as saying. “But he has gone from gravely injured to critical but stable. He’s talking and managed a smile and a joke today.”

The 34-year-old Van Mil, a 7-foot-1 (2.16-meter) closer, was credited with the save for the Bandits against the Canberra Cavalry in his last game on Thursday.

He was in Canberra for a four-game series in the Australian Baseball League and was not with the team when he was injured.

He has had minor league contracts with Major League Baseball teams, and joined the Bandits this season after playing for Adelaide in the previous three ABL seasons.