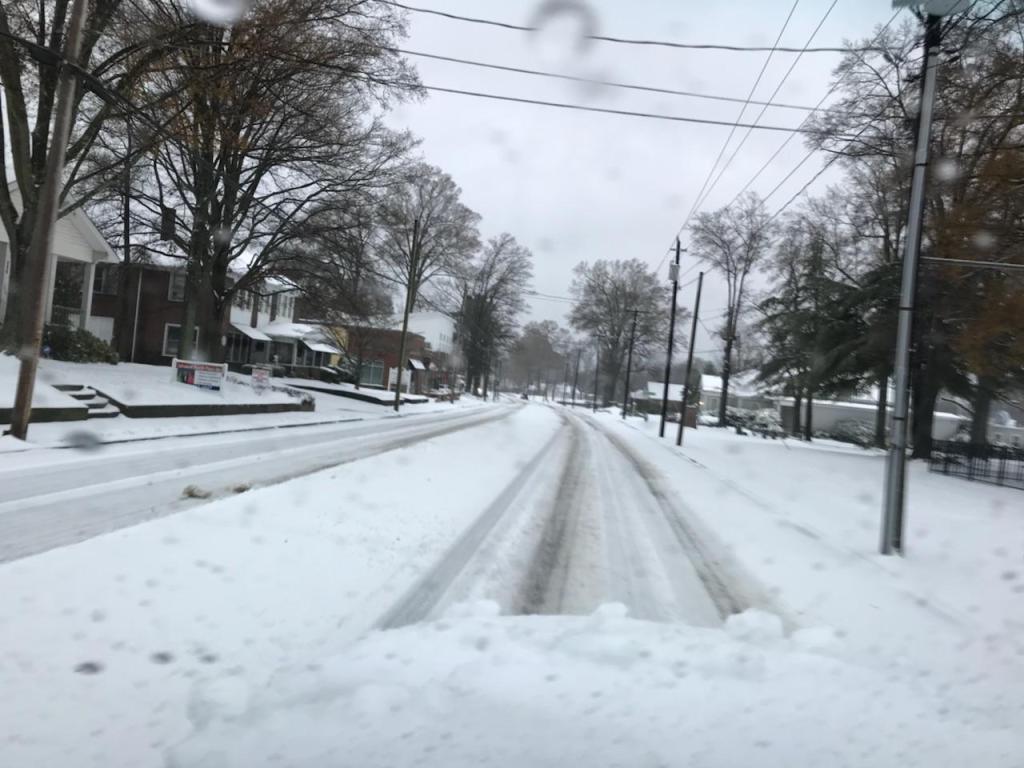 Snowfall from Winter Storm Diego reached the ground in Rowan County around 1 a.m. this morning.

Accumulations began with a mixture of snow and sleet, continuing through the early morning hours as temperatures dipped below freezing.

Over 2.5 inches of snow had fallen at the Rowan County Airport by 7:30 a.m. By 9 a.m., accumulations climbed to 4 inches, the lower end of a projected 4 to 9 inches of total weekend snowfall.

A wintery mix of snow and sleet continued, with precipitation still falling just before 12 p.m.

Rowan County Weather forecaster Steve Monday projects that downfalls will see a lull Sunday afternoon and evening with a second round starting in the late evening or early morning hours Monday.

Damage from the storm began with an influx of traffic accidents along I-85 as the snow and sleet reached the pavement.

This route is a priority list of the most heavily trafficked roads in Rowan County, starting with Interstate 85 and Highway 70 and moving toward all numbered state and U.S. routes.

Hedrick said that once these were clear, teams would move to heavily traveled secondary routes throughout the county.

But road crews would be some time from reaching these roadways as frozen precipitation continued to fall.

“The problem is it’s still coming down now,” he said shortly before noon on Sunday. “It’s layered: there’s a little bit of snow and then a little bit of ice. It goes back and forth.”

Ice can be particularly difficult to remove from roadways, he said, and Rowan County has some 900 lane priority lane miles to clear before it can address the needs of the remaining 1,100.

He advised citizens to avoid traveling as much as possible. To those who have to brave the roads, he borrowed a slogan he’d recently seen: “Don’t crowd the plow,” he said.

“It’s very frustrating when our guys are trying to plow and people are zipping up behind and around them,” he said. “… Don’t crowd the plow is good advice to heed.”