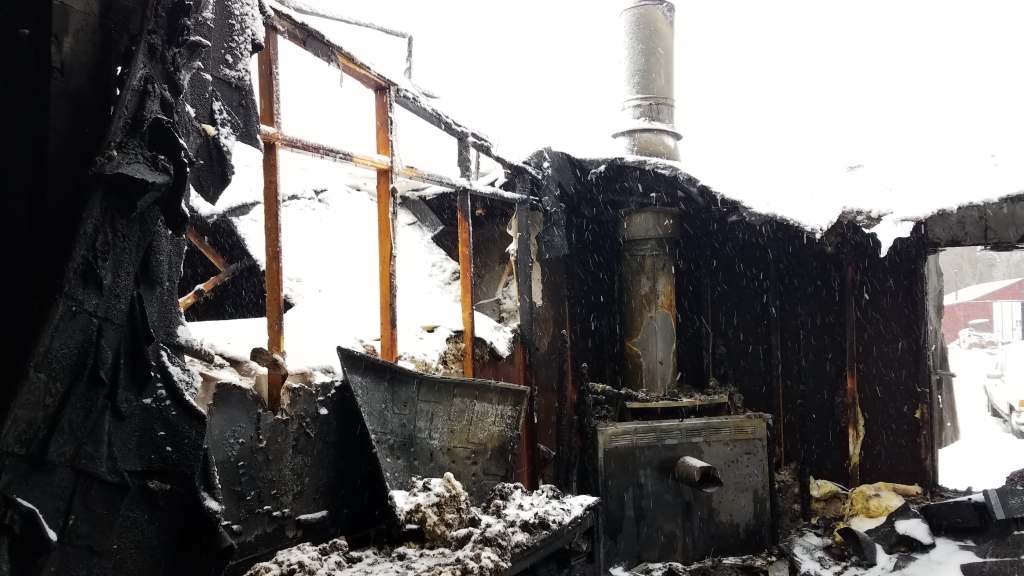 Around 8 a.m. Sunday, workers from the Scotch-Irish Fire Department responded to structure fire on Needmore Road in Woodleaf.

According to the department’s Facebook page, the first arriving engine reported a working house fire in the home of one of its members, Dustin Newton.

All efforts were made to stop the fire, but weather conditions and high winds resulted in the home being heavily damaged by fire and smoke. Newton and his wife, Michelle, lost all their belongings.

“When fire was discovered the door to get out had already swelled shut,” she said. “Thankfully, they were able to exit through a bedroom window with their dog. The fire department did an amazing job arriving quickly even with the weather and saving as much of their property as possible.”

The department is collecting donations to help the Newtons replace their lost belongings such as clothes, shoes and other necessities. Donations are being accepted at the Scotch Irish Fire Department.

Monetary donations can be made to the department or Hanford Dole Red Cross with “Newton Family” on the info area of the check.

Clothing items and sizes are as follows: