Letter: Ready for some Army-Navy football 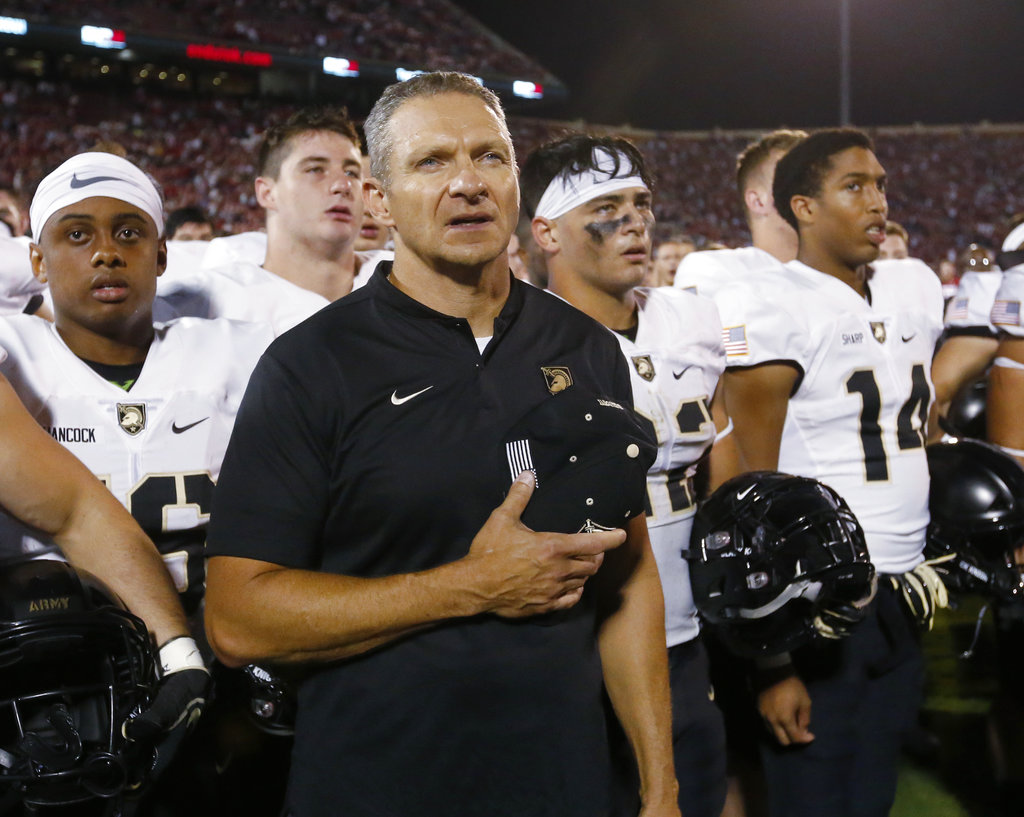 In this Sept. 22, 2018, file photo, Army coach Jeff Monken stands with his team after an NCAA college football game against Oklahoma in Norman, Okla. Army is ranked for the first time since 1996, moving into The Associated Press college football poll at No. 23 on Sunday, Nov. 18, as it begins preparations to face rival Navy on Dec. 8. (AP Photo/Sue Ogrocki, File)

This weekend, we will again enjoy the greatest rivalry in all of sports. I am referring to the Army-Navy game. No other rivalry even comes close.

This is a rivalry with plenty of passion. The cadets and midshipmen will spend the coming week anticipating the game. “Beat Army” and “Beat Navy” will be heard across the grounds of both schools.

Respect? You’ll find it here. The same players battling against each other on the field realize they will likely battle on the same side against threats much greater than a sporting event.

Tradition? This will be the 119th meeting. Navy leads 60-51-7. U.S. Presidents have attended and tossed the coin to start the game.

Pageantry? Nothing comes close to the Cadets and Midshipmen marching into the stadium.

Looking at some other rivalries, it is clear that no other comes close. UNC-Duke? Their’s is a mostly a basketball rivalry. They play at least twice a year, and the second meeting comes a week prior to a possible third meeting.

Alabama-Auburn? Florida-Florida State? Let these teams go a few years unranked and see how many people care about the game.

Georgia-Georgia Tech? South Carolina-Clemson? Texas vs anyone else from Texas? Mississippi-Mississippi State? No one outside the borders of those states really cares.

I could go on and on. If I could only watch one college football game a year, this would be it.