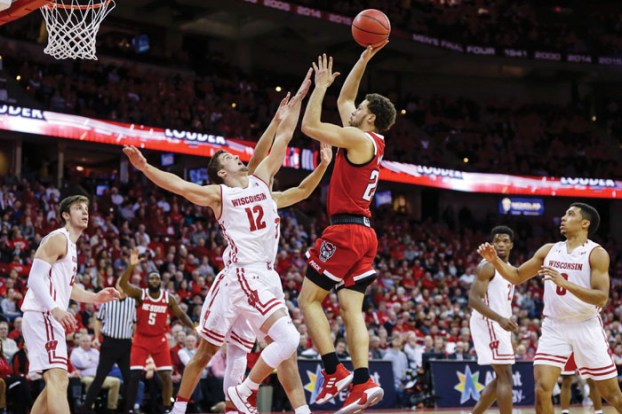 Freshman Jericole Hellems added a season-high 16 points for the Wolfpack (8-1) in their only scheduled home game of the season at Reynolds Coliseum.

The Wolfpack shot 54 percent from the field and made 11 of 23 3-point tries. They led 45-33 at halftime and pulled away by scoring the first 12 points of the second half.

Matt Halvorsen had 16 points and Marcus Thomas had 13 for the Catamounts.

In a pregame ceremony, N.C. State formally named the arena at Reynolds Coliseum after former coach Jim Valvano, who led the Wolfpack to the 1983 NCAA championship.

Western Carolina: The Catamounts, who were coming off a 90-88 loss in double overtime to No. 25 Furman, played hard again. But as they have for most of the season, they struggled to take care of the ball.

N.C. State: The Wolfpack dispatched another overmatched opponent in routine fashion. Daniels made some difficult shots as guards Markell Johnson and Braxton Beverly sat with foul trouble in the first half, showing that he can create his own offense.

Western Carolina continues its stretch of five consecutive road games when it travels to UNC Asheville on Saturday.

N.C. State takes a 10-day break for exams before playing against Penn State on Dec. 15 in Atlantic City, N.J.

Buckeyes’ Haskins says his numbers are deserving of Heisman

By Mitch Stacy AP Sports Writer COLUMBUS, Ohio (AP) — It was subtle, but that definitely was the Heisman Trophy... read more