My Turn, Scott Maddox: School status quo has to change, but not so fast 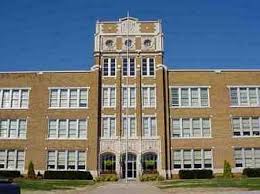 Difficult decisions are often followed by controversy, the closing of schools in Rowan County certainly fit into this category. I don’t think the citizens of Rowan County would argue with the school system being fiscally responsible. Nobody wants to pay higher taxes without getting their money’s worth, and that’s where the rub in this whole thing begins.

Money’s worth is a relative term; what it means differs from person to person. The overall state of the school system hasn’t inspired confidence in quite some time. The first question that comes to mind is, will school closings actually benefit the bottom line of improving the education our children receive? I can’t answer that and the school system will certainly tell you that it will. But how confident is the average citizen of Rowan County? After all, weren’t we told the one-on-one initiative would significantly raise test scores? Millions of dollars later, the results weren’t as promised.

In the past year the community has heard many things from the Rowan-Salisbury School System. The focus has changed from test scores to educating our children and not worrying about scores. I for one understand and support that, but it can also be seen as a way to dodge responsibility for poor scores.

We have been told of a radical new way of educating our children — “renewal schools.” This approach isn’t like going from a seven-period to a four-period day; it is rolling the dice in an attempt to make drastic changes in hopes of improving the quality of our children’s education. Now some are being told it is going to be necessary to change their child’s school and alter the way they do things. That’s a lot to swallow in a short period of time.

Even though we have been asked to take in a lot in a short period of time, I think most of us would have to agree we are at a point where the status quo just will not get it done anymore; change has to happen. Now the level of change and reasons behind it are where a long hard look needs to be taken.

Closing North Rowan High School and removing it from the Spencer community isn’t the same thing as closing three elementary schools in a community and building a new school in the same area. You can’t make a case that it is, no matter how hard you try.

Has anyone done an economic impact study on how closing these schools will affect the area where they are located? My guess is that other than the Transportation Museum, North Rowan High School is the most important entity in Spencer economically. Has the school system considered what it will most likely do to the Spencer community when it closes? That’s 50-plus teachers and staff removed from the area, along with 500-plus students.

How about building a new K-8 school near Salisbury High? Sure a new school would be nice, but is it right for an area of the city whose infrastructure isn’t designed to have an additional 1,000-plus students and staff flood into the area? How will it affect the quality of life for those that live there? Does anyone have the answers to questions like these?

Salisbury High has seen a steady increase in crime and disruption around the school in recent years. Is putting more children in the area the right thing to do?

There are other questions to consider as well. Should we spend $10 million upfitting an elementary school like Koontz that was designed for small children to fit vocational high school students? Is demolishing buildings right out of the gate wise? Could they be repurposed? Is the fear that charter schools will fill those buildings and create unwanted competition for public schools? Only school officials know the real answer.

Years of neglect and refusing to redistrict have resulted in deteriorating and under-used schools. We built a new high school miles from two others, and now those two schools are under-used. We have a high school that is approaching 100 years old, but we are talking about demolishing schools half that age. Most of the problems were not created by the current school board members or school personnel; they are just left to deal with them. It is incumbent upon them not to rush into decisions that may help immediate financial problems but do damage long-term.

It is important that the decisions made serve the community as a whole, not just what’s best for the schools. Because schools are so intertwined with their communities, their broader impact  has to be considered.

Closing North Rowan High has far-reaching implications; don’t let it be the decision that puts that community in a hole too deep to get out of. Or build a school in a neighborhood where doing so may permanently alter life as the area knows it. What’s best for the school system may not necessarily be best for the community in some cases. We don’t need a consultant to tell us that.

Scott Maddox is a resident of Salisbury.