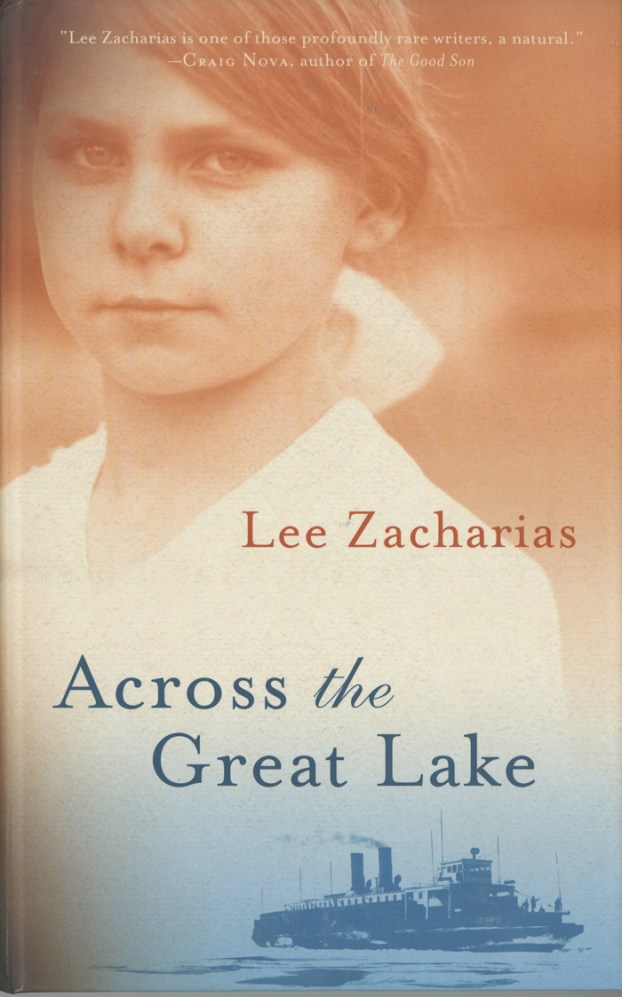 Icy journey on a Great Lake will be hard to forget

This very atmospheric book is just the thing for a winter read, with its settings in an icy Lake Michigan and in the mind of an 85-year-old who had her one great adventure a very long time ago.

Fern Halvorsen is just 5 when her father, captain of the Manitou, a steel-hulled ship that carries rail cars across the lake, takes her aboard.

Fern’s mother is very sick, and a stranger to the little girl. She idolizes her father, an older, quiet man who has seen just about everything the lake can throw at him.

Fern explains early that the lake is like an inland sea, with its own weather, its islands of ice and a long list of ships lost in sudden gales.

Fern has no use for the ocean, when the lake is ever changing. It’s the late 1930s, and while the industrial age is going strong, certain modern necessities have yet to be invented, or come into use aboard a ship.

Author Lee Zacharias sets a tone — Fern is a bright, inquisitive girl who asks a lot of questions and learns a lot by being in places she shouldn’t be. She decides she will be a sailor, just like her father, so she knows she has to learn as much as she can.

It doesn’t start well, with the Manitou locked in the ice near the shore, waiting for warmer days to break free. Her belly’s full of rail cars, as usual, and there’s another ship stuck in the ice out in the lake. They have to take those rail cars to Menominee and rescue the Ashley, locked in ice.

Young Alv, the newbie on the boat, is assigned to keep an eye on Fern. He’s just 14 to her 5, closer to her than the sailors who make fun of him as a sissy and worse. He has a slight limp that gives the men more focus for their jokes.

Zacharias has quite the cast of characters aboard, from a perennially angry bosun to Twitches, a drunk who talks to himself. Most of the men have Norwegian blood; even her father uses Norwegian in his endearments to her. You know they must be strong men, with names like Holgar and Axel, Odd and Nils and Amund.

Fern learns, as most readers will, of the different groups that make the ship run — the black gang, always feeding coal into the huge boilers, the oilmen, the cooks, the deckhands, the purser, the wheelhands who actually steer the ship. Everyone has a job to do, and it’s only when they do it all does the ship make progress.

Bosun sets out with a lot of reservations. Bad luck to have a woman on a ship. Good thing he doesn’t know about the black kitten Fern has found down where the railcars are. That’s bad luck, too. Young Alv catches the brunt of his abuse, and the other guys say that’s just normal.

Fern narrates the story of her time aboard the Manitou, with her bear, also named Manitou, and the ghost that holds her foot each night when she’s alone in her cabin.

Everything is exciting to her, from the ghost to the threat of a storm to the odd sights they see in the ice.

In other chapters, 85-year-old Fern narrates, remembering her childhood, always with snow, and the annoying boy next door, Billy Johnson, and her stepmother, Lene, and how dull school is.

And the tone changes so much in these chapters. Fern is tired, disappointed by the way her life turned out, though there was nothing really wrong. She’s alone now. Her children live far away, one in France, and after her husband of 59 years dies, she moves back to Frankfort, Michigan,the town where she grew up.

Her house in Raleigh is too full of memories of her husband; the cabin at Wrightsville Beach doesn’t provide the sights and sounds that soothe her.

Because ypung Fern’s chapters are focused entirely on what’s happening to her, what she sees and hears and says, it’s small world aboard the big ship. Everything is seen through her still innocent eyes.

The older Fern seems to have a lake mist in front of her eyes, remembering things that may or may not have happened, thinking of the past with all the longing of a young lover. She looks mostly inward.

Ultimately, it is a sad story, but one full of adventure and danger. Zacharias did exhaustive research into the ships of the time, the hauling of rail cars over water, into the history of Norwegians in the Great Lakes.

Reading the book, with young Fern’s descriptions of the galley, the spardeck and pilothouse takes you right inside the fictional ship.

Thinking about Fern and what happened to her and how she reacts, will take you to a somber place that might prompt self-reflection.