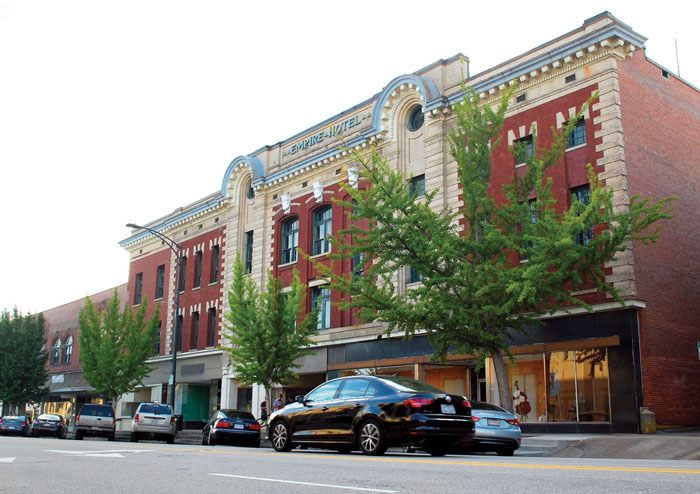 SALISBURY — The Empire Hotel redevelopment project is moving forward, as developer Black Point Investment continues to meet goals and work on proposed financing, according to the city of Salisbury.

“These include preserving the mezzanine and staircase in the former Montgomery Ward department store and maintaining the former hotel hallways,” he said. “These design constraints required project concept redesigns resulting in added time to the project.”

Additionally, Black Point has completed two of three parts of a certification application with the National Park Service Historic Preservation. That would provide additional federal tax incentives for rehabilitation of a historic structure.

The next steps for the project are to secure financing through the U.S. Department of Housing and Urban Development and to complete a plan for parking. Black Point is working with a HUD market lender with whom it has an existing relationship.

Weaver said the HUD program targets residential projects for which the recipient serves as an economic catalyst to economic development in the area. HUD would be a guarantor of large nonconventional loans with long amortization periods, often 35 to 40 years.

“While the subject project must meet strict underwriting standards for both HUD and the lender, the program is a great fit for historic preservation,” Weaver said.

To complete the financing application, the development team must address concerns from HUD. The first concern involved the project’s commercial space and was answered with the master lease approval this fall.

For more information on the Empire Hotel development project, visit www.empiresalisbury.com or contact Larissa Harper at larissa.harper@salisburync.gov or 704-638-5239.