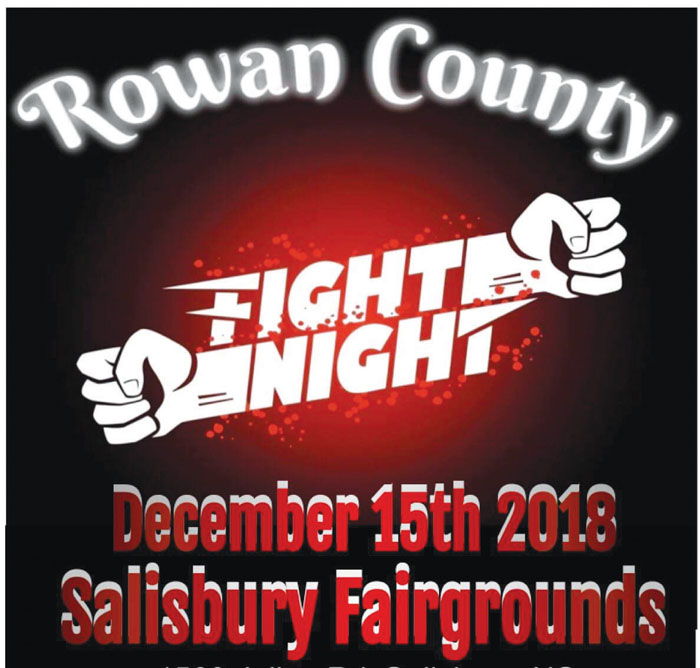 SALISBURY —  From 2001-04, Rodney Wallace ran the ball with as much force and passion as anyone ever has for the Catawba College football program. He was affectionately nicknamed “Rodzilla” by Catawba fans.

The record book says the Bamberg, S.C., native lugged the ball more times (769) for more yards (3,769) and more touchdowns (41) than anyone who has ever suited up for the Indians.

And it’s really not close.

Wallace turned 37 this month, but the force and passion are still there, not to mention the densely muscled physique. His thing now is mixed martial arts, and he’s working hard to make the transition from competitor to manager, trainer, coach and promoter.

“It’s the first time for this in Salisbury, and there really aren’t many local MMA events like this,” Wallace said. “These young guys are hungry, and they’re excited. They usually don’t get to compete close to home. They normally don’t get to fight in front of their families and their fan base, so this is a great opportunity for them. We should see people filing in to see it.”

Wallace, owner/operator of Salisbury’s Kickfit Academy on North Main Street, said all 100 $50 VIP tickets for the events were snapped up quickly. He said tickets for $40 reserved seats and $30 general admission tickets are still available.

The featured fighter will be former North Rowan High wrestling star Aaron “AJ” Chambers, a pro who will be taking on Asheboro’s Jeremy Perdue in a main event.

Wallace’s background is in wrestling. Besides starring in football in high school, he was a three-time wrestling state champ.

He was working a normal job post-college when he entered a “Tough Man” contest in Lexington and emerged with the $300 first prize and a budding curiosity about a new arena of competition.

“There’s no feeling like a referee raising your arm as the winner,” Wallace said.

He got a late start, but he began taking lessons for boxing and Brazilian jiu-jitsu. It wasn’t long before his athleticism and power made him a rising star in the MMA ranks and a competitor in the big-time Ultimate Fighting Championship series.

He went toe-to-toe with champions such as Brian Stann and Phil Davis. He dropped a close unanimous decision to Jared Hamman (29-28 on all three judge’s cards) in the spring of 2010, but it was an epic bout  that earned both fighters a $65,000 bonus for “Fight of the Night.”

MMA took the kid from Bamberg around the world. Wallace not only fought under the brightest lights in Vegas, he scrapped in Russia, Poland, Aruba, Brazil and Bolivia.

His last fight, a loss in September, 2017, gave him a pro record of 26-16-1. That probably will be his final battle. Since then he’s focused on coaching and training athletes who are getting started in MMA a lot earlier than he did.

“Everyone has potential,” Wallace said. “It’s just a matter of how hard are you willing to train and how much time will you  put into honing your skills. I talk to the young guys about expanding their horizons through MMA. It’s a very big world out there. A lot of the local guys have got a chance to do great things.”