My Turn, Mary James: In praise of truly independent media 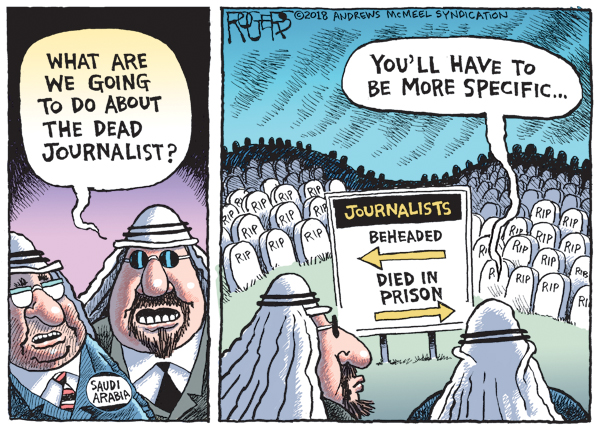 Elizabeth Cook’s announcement that she will retire as editor of our Salisbury Post at the end of the year after a quarter century of service has prompted a series of emotions I feel compelled to share. As a fellow journalist of more than two decades myself (on the TV broadcast rather than print side of the biz), I have immense respect for the job she has done. The coverage of local events large and small is superb, especially for a small paper with limited staff.

Even more critical, in my view, is the effort she makes to provide balanced coverage of controversial issues, carrying columns by both Cal Thomas and John Hood on the right, Leonard Pitts on the left, Cokie & Steve Roberts in the (mostly) middle, and plenty of guest columns on all sides. It puzzles me that some readers still complain the paper is biased, an indication she must be doing something right.

But lost in this scenario, I think, is the fact that the paper provides a forum for just this sort of reader input, whether online or in print, just as I am doing now. It is easy to forget what a precious gift this is, as I have witnessed firsthand societies that lack it.

After a journalism career in the U.S., I had the unique privilege in the late ’90s and early 2000s of training aspiring TV journalists in several newly sovereign countries of the former Soviet Union when my husband’s work took us to these nearly unpronounceable outposts. Uzbekistan, Kazakhstan, Kyrgyzstan, Tajikistan, and Armenia were places desperate to break the one-dimensional delivery of government “news” and establish a truly independent media. But old ways and mindsets die hard.

I had a crew arrested and jailed and their videotape confiscated for inadvertently not covering a mayor’s favorite candidate at a political forum; only a call directly to the U.S. Ambassador won their freedom.

I saw stations that I had just gotten up and running be shut down by the government for violating some non-existent rule. I had requests for interviews denied because not enough advance letters had been sent to figures of authority up the chain of command.

Often off limits for stories were hospitals or schools where my crew might uncover unfavorable conditions. The roadblocks were unending. News outlets lacked the basics of reporting — things like desks, pads, pencils, phones and directories, file cabinets, assignment boards, calendars, transportation, even light bulbs. If journalists got paid in money, it averaged a few bucks a month; otherwise their remuneration was farm produce like bags of onions.

Amazingly, some — but not all — of these young people have persevered, testimony to their desperation to provide the public with real news for the first time. A well-run and balanced newspaper like the Salisbury Post would be such a benefit to their societies.

More importantly, even from half a world away, these journalists find their inspiration in the legends of America’s journalists who have the temerity to put difficult and sensitive questions to those in authority. That only a few of my Central Asian progeny survive proves that the post-Soviet autocrats continue to deem these journalists as an impudent and contemptible restraint on their power.

And now, we in America find ourselves in a lamentable era where claims of “fake news” and the reckless labeling of the media as “enemies of the people” come directly from the highest office in the land. The importance of a free press and its fragility right here at home — with my own overseas experience indelibly in mind — has been rendered more clear to me than ever.

I want to commend our Salisbury Post in general and Editor Elizabeth Cook in particular for the small but important part they play as one sturdy brick in the journalistic pillar supporting America’s democracy. You’re one of those creating that legend that shines a light of hope to the rest of the world. Thank you for persevering undaunted, Elizabeth, well done! Your shoes will be difficult to fill.

Mary James is a resident of Salisbury

Mr. Seabolt was one of us