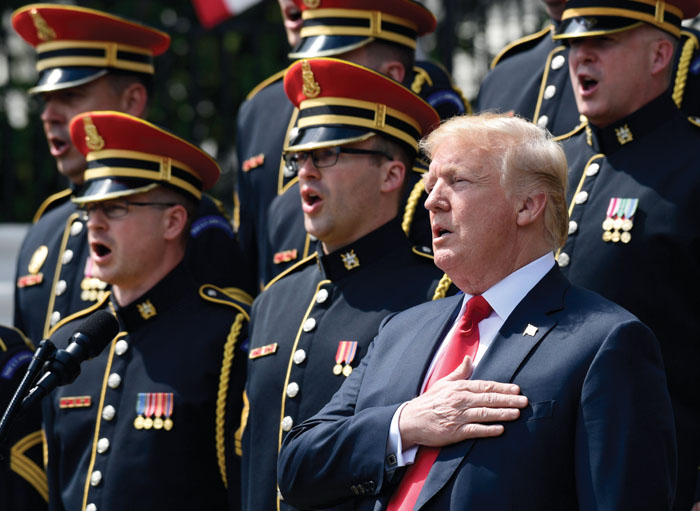 President Donald Trump sings the National Anthem during a "Celebration of America" event at the White House, Tuesday, June 5, 2018, in Washington, in lieu of a Super Bowl celebration for the NFL's Philadelphia Eagles that he canceled. (AP Photo/Susan Walsh)

For 28 years, the U.S. government drifted toward globalism. The last eight years included an apology flavor.

In 2016, a nationalist president was elected. The Washington establishment, both Democrats and Republicans, as well as the mainstream media, have had a hard time dealing with the change.   Some are resisting overtly, others covertly.

President Trump is the first nationalist president since President Kennedy and President Reagan. Both of them were shot. Be careful, Mr. Trump. Keep your back to the wall.