Leonard Pitts: The day we used tear gas on children 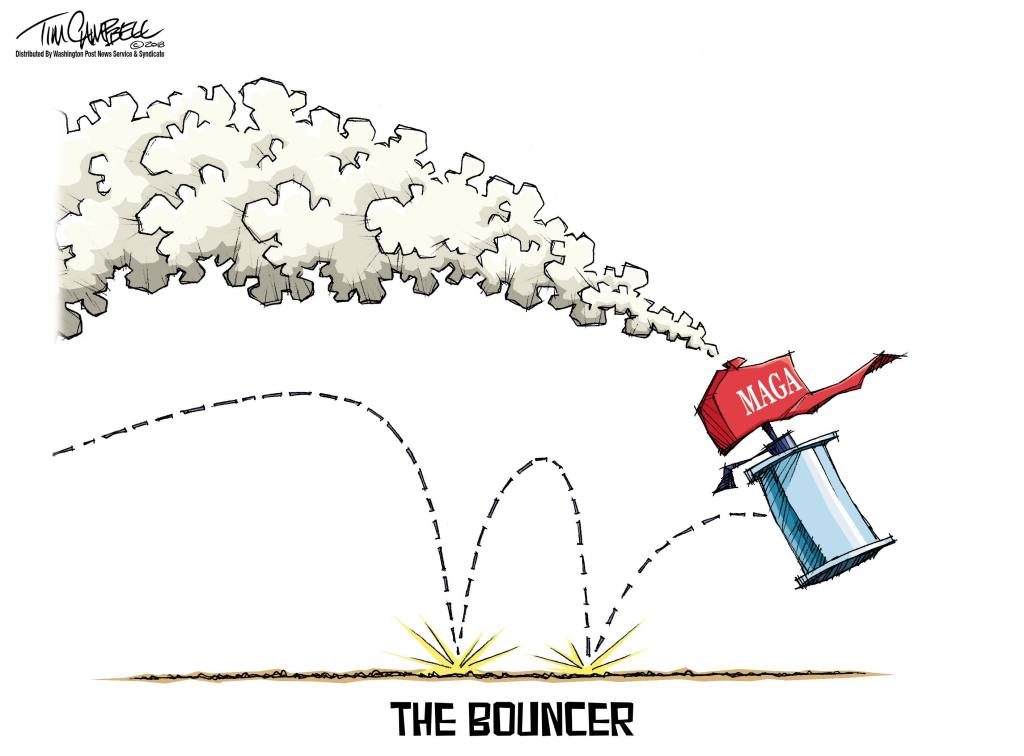 The United States is composed of 329 million people spread over 3.8 million square miles. In population and landmass, it’s a pretty big place. But those are not the only criteria that matter.
Morality matters, too. And on Sunday, by that measure at least, this country seemed rather small. That, of course, was the day we used tear gas against children.
It began at a border crossing in San Diego, when a group of Central American refugees who had been packed into what the Los Angeles Times described as a tent city that “smells strongly of sewage” while they waited to apply for asylum, rushed the border. The Times reported that “a small group of men and teenage boys” reached a hole in the border fence, where some threw rocks, striking Border Patrol agents, none of whom was seriously injured.
The Border Patrol responded by lobbing tear gas into Mexico. As the news filled with images of poor people, some of them children, some of them barefoot, some of them in diapers, scampering to escape the stinging, choking clouds, some of us were ecstatic. Donald Trump called on Mexico to send “flag waving Migrants, many of whom are stone cold criminals, back to their countries.” Tomi Lahren, a pundit, tweeted that the gassing was the “highlight” of her Thanksgiving weekend.
And one felt a large country shrinking.
Rep. Mark Pocan of Wisconsin called the gassing “a new low.” Sen. Cory Booker called it “ugly, cruel & cowardly.” Author Tananarive Due, whose late mother suffered permanent eye damage after being tear gassed during a nonviolent civil rights march in 1960, called it “monstrous.”
Not even Geraldo Rivera, who infamously blamed Trayvon Martin for his own murder because he wore a hooded sweatshirt in the rain, could countenance what he saw. “This tear gas choked me,” he said on Fox “News.” He demanded that America stop treating “these economic refugees as if they were zombies from ‘The Walking Dead.’
“This is absolutely painful to watch,” added Rivera, his voice sharp and rising. “We are a nation of immigrants. These are desperate people! They walked 2,000 miles! Why? Because they want to rape your daughter or steal your lunch? No, because they want a job!”
And yes, strip away all the hyperbole, and it really is that simple. They want jobs. They want homes. They want to be safe from political and gang violence. Moreover, most of them — rock-throwers notwithstanding — were following the legally prescribed procedure for getting those things.
In treating them like, as Rivera put it, zombies from “The Walking Dead,” America betrays the best of its own history. After all, we have often been — in reputation and sometimes even in fact — a nation that did big things.
When the world needed saving, we saved it.
When Europe needed rebuilding, we rebuilt it.
When the Cold War needed winning, we won it.
But when a group of immigrants needed asylum, we gassed it.
For the record: Newsweek reports tear gas was also deployed at the border under President Obama. Without knowing details it’s hard to be definitive, but if the conditions were the same — a mostly nonviolent crowd, many of them children — then the same condemnation must apply.
Because ultimately, this is less an argument about politics than about our national soul, about who and what we are. Yes, America is one of the largest nations on Earth. But on Sunday, America gassed children.
And that’s one of the smaller things we’ve ever done.

Migrants hurt their cause with violence