Top students from Salisbury High School who were named Junior Rotarians recently talked to the Salisbury Rotary Club about experiences that changed their lives. Here are some of the essays students presented Tuesday.

Sad news ignited a change in me 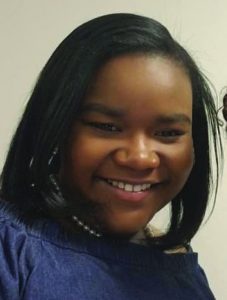 Recently an influential and inspiring mentor of mine was diagnosed with Lou Gehrig’s disease, commonly known as ALS. It was a very heartbreaking thing to hear. Over the past four years, this man has instilled so much knowledge, wisdom and provided key life lessons in me. I have never seen a person go through so much yet still have an optimistic and revolutionary mindset.

It was a life-changing event for me because it ignited a change in perspective and the appreciation of time. I began to notice the small things that I commonly took for granted. The simple independence of life. I looked even more to this person for advice, because ALS is a disease of time, and I wanted to effectively use mine wisely.

I implemented these thoughts into my work ethic. It was not an easy change, and I often felt overwhelmed at times, but there was always someone in my corner. Through hard work, persistence and an acute sense of determination, I took on more projects and active roles in my clubs and organizations. I thought of how important and necessary it was for me to have a person like my mentor in my life, so I journeyed on the path of mentorship.

With the help of teachers, administrators and networks through the school system, I was able to find a project I could work with. It also helped that I had immense passion and interest in the subjects.

Through clubs like National Honor Society and classes like my manufacturing and robotics classes, I have begun to initiate a start-up literacy program for the local third-graders in elementary school and gone to talk at recent school fairs and classes about the work I have done. Seeing the diversification and change in perspectives after I have spoken with these students has only fueled me to work and fight more diligently for the cause I support. It only begins here for me. I plan to use the opportunities presented to me to make developments in the lives of those younger than me.

All of my recent endeavors started with devastating news that really hit home. It only took the notion that I only have so much time on earth, and it’s best that I use it to create the change I want to see.

Accident took me close to the brink 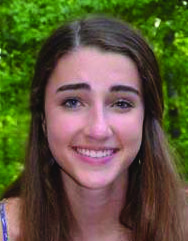 I woke up in a hospital bed in Guachipelin de Escazo in Costa Rica. My parents were crying. The night before, I had gone to bed at our remote farmhouse in the mountains, nestled on the top bunk, and hours later I was having brain surgery to correct an epidural hematoma.

I had fallen out of bed and hit my head on the tile floor, fracturing my skull and causing a life-threatening brain bleed. My frantic parents drove the two hours to the hospital while I came in and out of consciousness. Once I arrived, luck was on my side, and the best brain surgeon in Central America was nearby to operate on my 6-year-old brain.

After leaving the hospital with 18 stitches and a permanent bump from where my skull was fractured, I had to adjust to being careful instead of carefree. You might think that, since I was young, I don’t remember being hurt, but the opposite would be true. I remember the three days in the intensive care unit, the year where I couldn’t run and play, and the hovering concern of adults as if it were yesterday. When my class was playing outside, I went to the library to read alone or draw.

The neurosurgeon told my parents that most patients with a similar injury would have died before reaching the hospital. Children don’t think much about mortality, but looking back on the experience, I realize how close I came to the brink. Even though I don’t have any permanent physical side effects from the injury, an intangible side effect is my interest in the medical field. I still don’t know what my future will hold, but since the accident I have often envisioned myself in a medical career where I could use my personal experience to help those in similar situations.

Traveling beyond my comfort zone — and my doubts 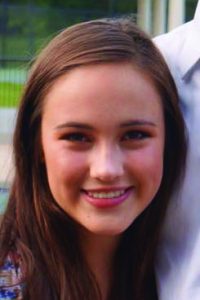 During my sophomore year, I met a German exchange student, Paul Weitz. We became close friends. One day he suggested I do an exchange year in his home city, Dresden, and stay with his family.

It wouldn’t be a formal exchange program, but it would be a chance for me to spend a year in Germany. I mentioned the idea to my mother and, although she was reluctant, she said she would support me if if that’s what I wanted to do.

After I knew I had mother’s support, it was a battle against doubt. I had never met an exchange student before, let alone considered being one. But soon I realized that I had an opportunity. I couldn’t possibly let a chance to do something extraordinary pass me by just because I was afraid. I needed to prove to myself I was willing to take the risk.

I arrived in Germany in August and was confronted with my first challenge, navigating an international airport alone. Throughout my trip I was forced to navigate several unfamiliar areas alone with little German skills, including a trip from Dresden to Berlin (where I went to take the SAT).

Slowly learning to navigate these unfamiliar areas and modes of transportation and being forced to ask strangers for directions in German before I was proficient gave me confidence that I could do much more than I would ever have tried before.

Before I lived in Dresden, I had grown up in the same city, in the same house, for my entire life. Moving to another country was a culture shock. But experiencing the different culture in Germany completely changed my perspective of the world. I loved traveling to the countries around Germany while I was there.

I visited Italy, Austria, Poland and the Czech Republic. Each country I visited fed my desire to experience different cultures.

There was no single moment or experience during this time abroad that changed me drastically. For me, the change was the journey. As Aristotle said: “The whole is greater than the sum of its parts.”

Rescue revealed traits I didn’t know I had 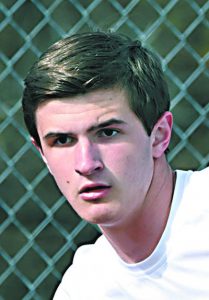 In the summer of 2017, I spent a week in San Antonio Del Mar, Mexico, on a church mission trip to build a house for a family in need. An event took place at the end of the week that would change my life forever.

At the end of the week, our mission group enjoyed a relaxing day at the beach. Since the currents in the Pacific Ocean were extremely strong, our advisers cautioned us to stay close to share. While we tried our best to heed their advice, fighting the current became a difficult task.

Soon, the advisers were signaling us to return to shore. As I was swimming in, my friends got my attention and pointed to Haley Chuor. A rip current was pulling Haley away from shore, and she was struggling to stay afloat.

As a certified lifeguard and a strong swimmer, I knew that I needed to help, so I swam to Haley. I kept her afloat and reassured her that things would be OK. While I tried my hardest, I could not get Haley back to land; however, I was keeping her from drowning.

Over the course of several minutes, three additional group members reached us. Working together, we slowly got our friend to the safety of the beach through the strongest current I have ever experienced. During the ordeal, Haley lost consciousness.

On the beach, local authorities arrived and transported her to the hospital. Exhausted, but relieved, I soon realized what would have happened if we had not been there to help her or if I had not gotten to her when I did.

The rescue was the first time in my life that I have been in a life-or-death situation. I had saved someone’s life. My actions in Mexico reveal traits about myself that I did not know I possessed. I was willing to put the life of another person before my own safety.

In the end, everything worked out. Haley was better than OK and we even shared a laugh about how she lost one of her shoes in the ocean. She was a little mad to find out I was the one who lost it. And, after the ordeal, I even had the privilege to teach her younger brother how to swim.