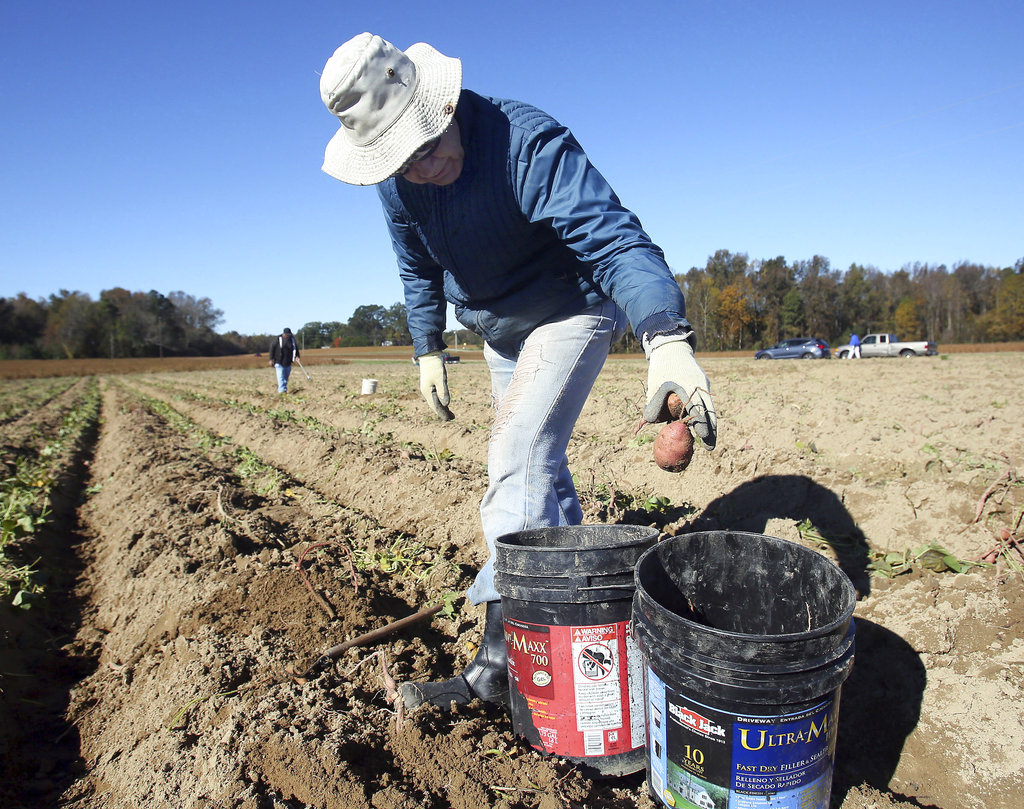 Instead of going over the river and through the woods to Grandma’s house, we traveled east this Thanksgiving. It was comforting to see that most of the furniture, downed trees and debris that had littered roadsides since Hurricane Florence had been removed, but it was equally clear that life was far from normal in our coastal plain region.

We have great empathy for all those who had damage and are glad our legislature is considering additional aid, but nowhere is that devastation greater than to our farmers.

Many farmers were already in crisis before Florence. Weather, always a major determinant in how well our $87 billion agribusiness economy fares, has not been favorable to farmers in recent years, with either too much rain or not enough. Hurricanes Matthew and Florence further destroyed cotton, sweet potatoes, tobacco or peanut crops; they either drowned or rotted in fields.

When the crop is ripe you harvest it and sell it or lose it. Some crops can be stored but not for long periods. Market prices play a huge factor in the farm crisis. According to statistics from the NC Department of Agriculture and Consumer Services prices for tobacco, cotton, soybeans, corn, peanuts, winter wheat and potatoes were lower in 2016 (the last year their website reports) than in 2012 and are generally on a downward trend. Recent tariffs have further restricted sales and even though our government promised relief for those affected, that relief hasn’t materialized.

This leads to the fourth major crisis point: cash. Farms that were literally under storm water now find themselves under water in debt. Most farms have outstanding loans used to purchase and cultivate more land, buy new equipment or construct new buildings. When the weather and markets turn against them farmers don’t have sufficient cash flow to service existing debt and credit markets aren’t eager to loan more for storm damages. Cash shortfalls necessitate operational cost reductions.

The average age of our farmers is 58 and the younger generation isn’t taking over. Young people who might want life on the farm recognize the threats or, in many instances, are being told that the farm that has been in their family for generations isn’t generating enough revenue to support them and their parents. Seventy-seven percent of our farms generate less than $100,000 in annual revenues; 55 percent yield less than $10,0000.

Why do we call this a crisis? Agribusiness is the No. 1 contributor to North Carolina’s economy, employing more than 700,000. Fewer profitable farms mean job layoffs in rural counties already suffering. More troubles will further exacerbate the economic and population declines and widen the urban-rural divide.

Here’s what it means to you and me: If farming and agribusiness aren’t viable businesses in our state, who is going to grow the food you eat and how much are you going to have to pay for it? And how much additional public support will be required to prop up infrastructure, health care and education?

So before you finish the last of the turkey hash (by the way we are second in the production of turkeys in the U.S.) contact your legislators and urge them to allocate a good helping of hurricane aid to our farmers. And if you see  farmers — thank them!