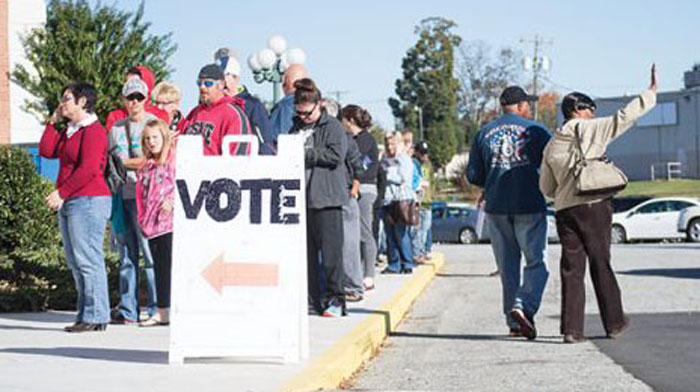 This is an excerpt from the Monday testimony of Gerry Cohen, former special counsel to the General Assembly, before the Joint Legislative Elections Oversight Committee regarding voter ID.

I would like to illustrate some important constitutional as well as practical problems in administering a new voter ID requirement. … :

1. Reinstate the disaster exemption from the 2013 legislation, which suspends the requirements for natural disasters within 60 days of the election, within the county covered by presidential or gubernatorial declaration. No need to use provisional ballots here. It would have been helpful in 2016 and 2018.

2. Allow forms of identification such as a N.C. drivers’ license that have been revoked for issues like moving violations or non-payment of fines to continue to be used for voting ID. … This bill is not designed to verify ability to drive.

3. Allow IDs to be used for one year after expiration. People forget licenses expire for some period due to neglect (it’s happened to me twice in 45 years), or may no longer be able to drive. Again, these are identity documents, not driving. …

4. Allow the 133,000 UNC system student IDs to suffice without some burdensome reissuance process. I can’t imagine anyone forging a UNC system ID in order to break into a polling booth to vote. There is also a high level of security, at most campuses the ID is also used as a debit and credit card and admission to residence halls. Our major financial institutions trust it.

5. Allow the 137,000 community college IDs to be used, similar to UNC system. These are issued by state agencies. …

6. Allow 50,000 private college student IDs to be used under a process certified by the State Board of Elections, but don’t wind up limiting it just to predominantly white institutions such as Duke, Wake Forest, Campbell and Elon. There are six private HBCUs; boxing out small black institutions of higher education would surely be suspect under state constitutional standards I will discuss.

7. The student ID exemptions will greatly decrease the use of time consuming provisional ballots. Again, we are verifying identity, not anything else.

8. Allow those using the reasonable impediment affidavit (under penalty of perjury) to use regular ballots either in all cases, or just in early voting where ballots are retrievable. If we set up an election administration system that is disparate, with black voters more likely to have to use provisional ballots than whites, the disparate nature in itself can be a constitutional violation.

9. County issuance of IDs is a step forward, but the system appears to shut down issuance for 25 days before the election. Persons may be seeking to obtain last minute ID, or to obtain them to present before the canvass. From a practical matter, suspending issuance during a municipal cycle can leave almost no issuance for months. …

… It’s clear from the evidence in court from the 2013 voter ID bill that blacks were less likely to have proper ID under that bill than whites. While this legislation is certainly broader than the 2013 bill in acceptable IDs, it still in its current form leaves a significant burden based on race. Just as importantly, if we set up an election administration system that is disparate, with black voters more likely to have to use time-consuming provisional ballots than whites, the disparate nature in itself can be a constitutional violation. …

Any requirement set up cannot burden persons based on their age. Younger voters are more transient and more likely to move, and thus more likely to have to interact with registration systems than older voters.  Younger voters are less likely to have driver licenses than most voters.  There are over 320,000 college students in North Carolina, and allowing their student ID to be used to verify identity is common sense.  This year saw the greatest increase in youth electoral participation in decades, don’t put a stake through that progress by abridging voting rights based on age.