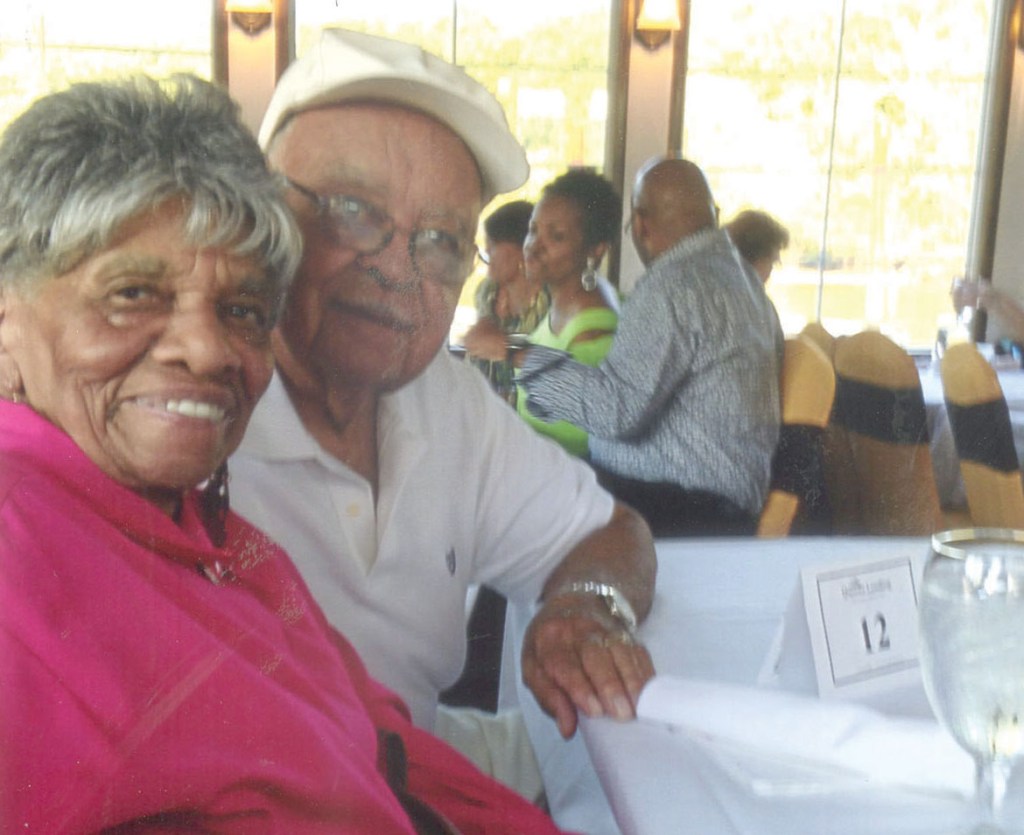 “M.B.” Wood is the son of the late Howard and Pearl Carr Wood and the younger brother of Willie Mae Burton. His father was one of the founders of Gethsemane Baptist Church and a well-known brick mason. He passed his trade on to his son Marvin and he continued to build homes all over Salisbury. Marvin is also retired from Norfolk Southern Railroad of East Spencer, now Linwood.

His wife Julia (Ju) is the daughter of the late Felix and Lillie Correll Slade of East Spencer. She attended North Carolina A&T and was a Zeta. Ju also worked for her father’s store, Slade’s Groceries in East Spencer and for Winston-Salem Insurance Company. Her grandfather, Sam Correll, donated land for the well-known Shady Grove Baptist Church.

We love them very much and want to wish them a happy anniversary.