Silverling tree: is it invasive? 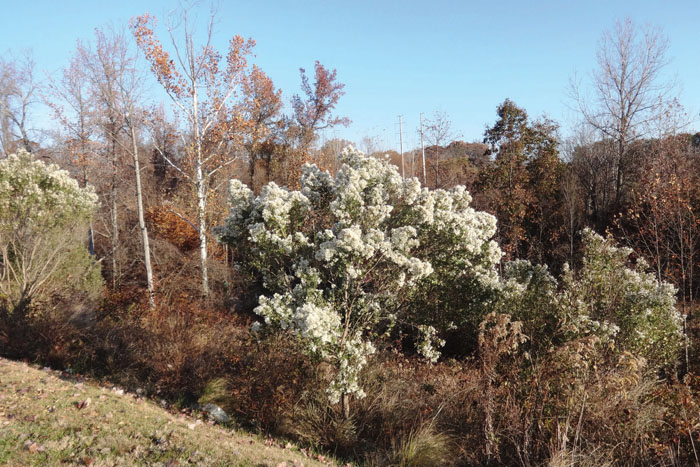 I had an inquiry this past week from former Salisbury resident now living in Durham with a question about a small, shaggy tree or shrub growing near his house. He thought they could be a potential problem because his neighbor had them all over his property and they seemed to be spreading.

The plant in question is a silverling or groundsel tree (Baccharis halimifolia). These plants often form dense thickets in open areas along roadways or abandoned fields and byways. They are in full of fluffy white blooms throughout the county. The plant is considered a trash tree of no economic or aesthetic value for most landscapes and has also been placed on the watch list as a possible invasive species.

However, the outcast native does have redeeming values as a salt tolerant hedge or screen in coastal or flood prone areas. It has also been successfully implemented in difficult areas as a small specimen tree or as a shrub border.

From a distance, the plant does possess some aesthetic value, especially in the fall. However, it does tend to spread if kept unchecked. The plant can be controlled with over the counter broadleaf herbicides for woody plants.

Some sound bites are worth hearing