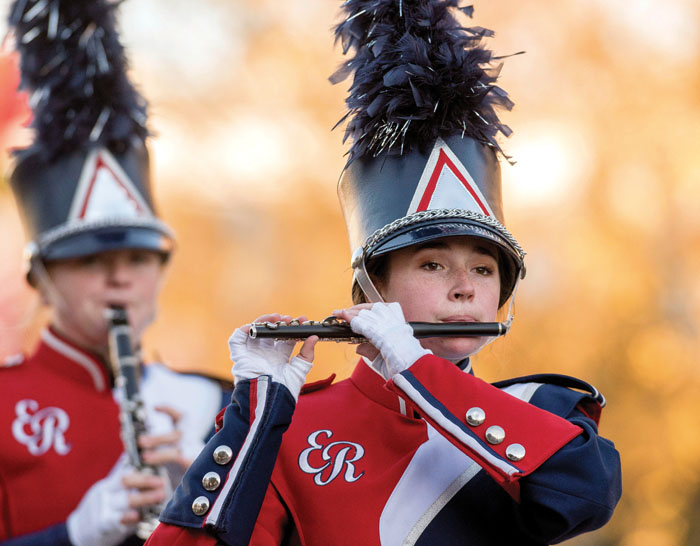 Congratulations to the organizers of the ’Tis the Season Spectacular, the new Christmas parade that pulled the community together last week to kick off the holiday season. Job well done.

When the Holiday Caravan Board announced in July that it was ending the traditional Spencer and Salisbury parade after more than 50 years, many feared that was the end of Christmas parades in the towns. A dispute over the ousting of the gay support organization PFLAG from the lineup in 2017 overshadowed the parade and rankled organizers, and the board decided it had had enough.

Thanks to a determined group of volunteers, spearheaded by Shari Graham and Henrietta Henderlite, the show went on last week in grand style. Rebranded as the ’Tis the Season Spectacular, the parade was greeted by a large and enthusiastic crowd of spectators on Wednesday. Also in high spirits were parade participants. The Spectacular had more than 120 parade entries, including bands from all six traditional county high schools. Organizers brought in several new elements this year, with several floats carrying live, microphoned singers and musicians such as Jacob Johnson, the MoonGlows, the Trileers, and the ever-popular Salisbury Swing Band.

And it was all done in an inclusive spirit. PFLAG and Salisbury PRIDE were in the mix, as well as other groups that have not been invited to participate before. The deliberate diversity was in keeping with the Spectacular’s mission statement:

“To present the citizens of Rowan County and surrounding areas a parade that is reflective of our community and captures the holiday spirit, provides high quality entertainment, and emotes feelings of excitement to participants and viewers alike.”

If the Spectacular’s organizers can do this in less than four months, imagine what they could pull off with a year’s notice. Thank you, dedicated volunteers. Let’s hope this really is a new tradition, one Salisbury and Spencer can build on for years to come.