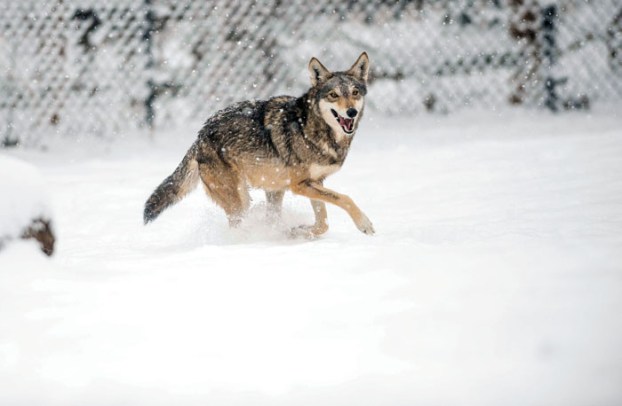 A red wolf enjoys running in the snow at Rowan Wildlife Adventures at Dan Nicholas Park in January 2018. File photo

Tom Campbell: What to feed this Thanksgiving

As a young boy I remember hearing the stories about that first Thanksgiving, when the Pilgrims and Indians feasted together. The romanticized fable pictures everyone around long tables sharing food and friendship and even smoking a pipe of peace, but we know the reality was that those Pilgrims had endured life or death struggles to survive that first year in the new world.

Thankfully, most of us haven’t had to experience the life or death trials of those early settlers, but 2018 has certainly been a year of struggle for us in North Carolina. As we approach this season of Thanksgiving we find ourselves hungering for more a peaceful and restful time.

No sooner had we returned from Labor Day than we learned Hurricane Florence was headed our way. The slow-moving storm left behind $17 billion in damages, mostly in our eastern sections, many of them that still haven’t recovered from Hurricane Matthew.

And we had barely started recovery efforts when Hurricane Michael dumped heavy winds and rains that flooded and damaged the piedmont and western part of North Carolina.

Those storms of nature left us trying to assess damages, determine repairs needed and figure out how to resume normal routines. But they we seemed mild in comparison to the political storms that immediately followed in the mid-term elections.

Whereas the weather-related storms united us to help each other the devastation of the political storms divided us, pitting neighbor against neighbor in win-lose ugliness.

So here we are, about to enter a season supposedly about peace on earth, good will toward humankind, but right now those qualities seem in short supply. This Thanksgiving we need to be fed with goodness instead of all the ugliness and disruption we have seen this year.

Perhaps another fable might put us in that better frame of mind.

A Cherokee legend tells of an old brave talking with his grandson about the battle and unrest that takes place inside us. Speaking the wisdom that comes from advanced age, the Native American told the impressionable youngster that two wolves are present in each of us.

The young boy thought about this for a moment and asked his grandfather, which wolf wins?

The old Cherokee quietly and wisely responded “The one that you feed.”

What’s going to be served at your Thanksgiving table?

Homelessness, a lesson in humility: Rowan Helping Ministries gave me more than shelter