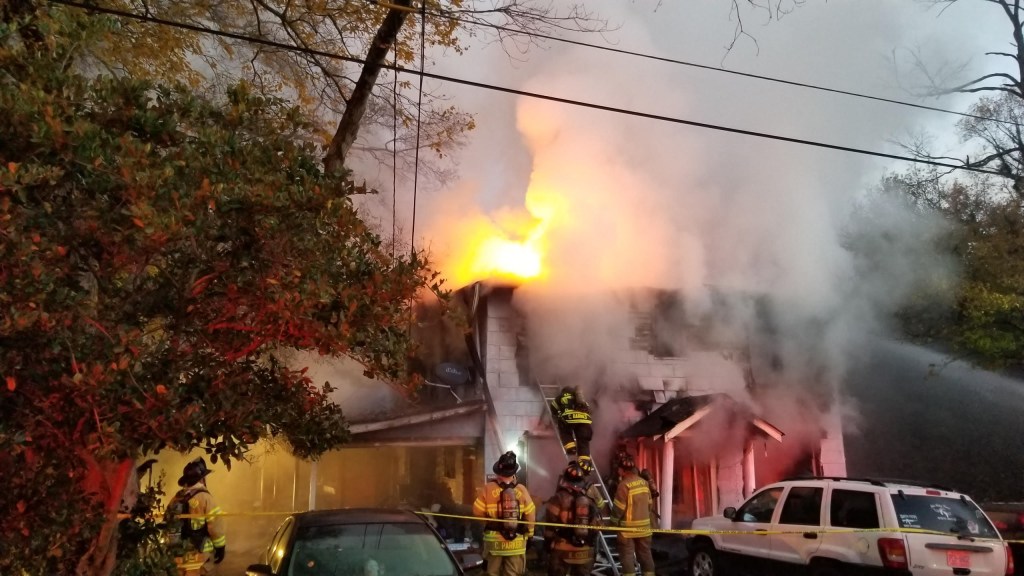 A Kannapolis woman died at this Prince Street house fire in Cabarrus County. No cause has been determined in the Wednesday fire. Submitted photo

KANNAPOLIS — A 69-year-old woman was killed in a house fire early Wednesday morning on Prince Street in Kannapolis.

Eight other people were able to escape the fire safely.

According to city officials, when firefighters arrived at 311 Prince St. about 5:45 a.m., the house was engulfed in flames.

Kannapolis Fire Division Chief Kirk Beard said at some point during the initial fire response, crews encountered explosions that are believed to have originated with a home oxygen tank.

Officials said there were no working smoke alarm in the house, which was destroyed.

The cause of the fire remains under investigation.

The family members who escaped the fire were assisted by the American Red Cross.

Small businesses geared up for start of holiday season