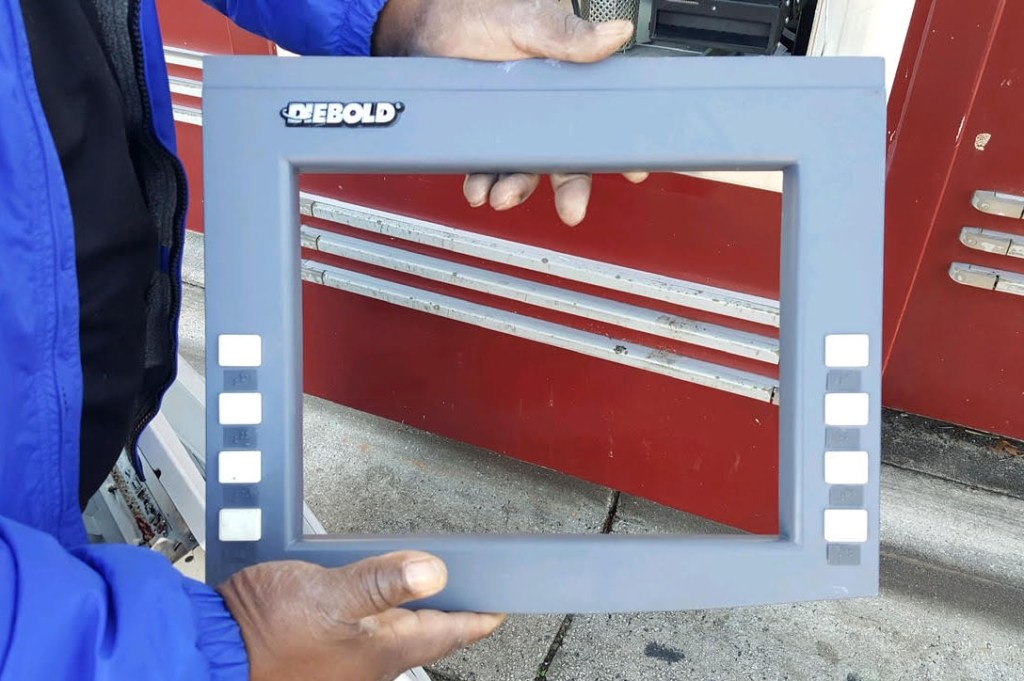 F&M Bank officials say they discovered skimmers that were placed on an ATM at Avalon Drive during a routine maintenance. They are looking for two people responsible for placing them on the machine. Submitted photo

SALISBURY — F&M Bank officials say a skimmer device was placed on an ATM at the Avalon Drive branch and discovered during routine maintenance.

During the initial inspection of the skimming device, it was determined that it did not have Bluetooth or other transmission capabilities. The skimmer was designed to collect data that would be retrieved when the skimmer was removed.

F&M Bank security has a range of video of the suspects attaching the skimmer to the ATM. In addition, the bank confirmed that during the 15 hours and 45 minutes that the skimmer was attached to the ATM, it was never removed or retrieved to collect customer data.

“Therefore, we are confident that no data was accessed by the suspects. Furthermore, there were only eight customers who attempted to insert their card while the skimmer was attached,” said Steve Fisher, chairman and CEO of F&M Bank.

F&M is in the process of identifying and contacting the customers and will monitor their accounts.

These types of skimmers are commonplace in retail and banking, F&M said.

“We are familiar with multiple versions of this type of skimmer used at local retail establishments, local banks and local gas stations over the last few years,” Fisher said.

Fortunately, this is the first such device on an F&M-owned machine.

“This is why we have a vigilant and robust security protocol that yielded fast detection, clear photographs of the suspects and no compromise of customer data. F&M Bank takes fraud management very seriously and invests heavily in protecting our customers’ information,” Fisher said.

F&M is working closely with the Salisbury Police Department and the U.S. Secret Service to identify the suspects.

Anyone with information about the identity of the suspects or other matters should contact Detective West at the Salisbury Police Department at 704-638-5533. F&M Bank is offering a reward for information leading to the conviction of the suspects.