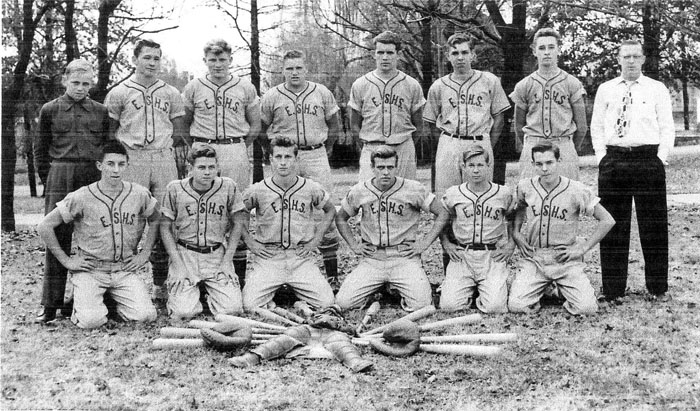 Jack ‘Joe’ Poole provided this photograph of East Spencer High School’s baseball team in 1953. Poole was a member of the team and is the fourth person kneeling from the left. He was able to identify all the other players. Kneeling, from left, are Jerry Dees, Larry Goodman, Bobby Rusher, Poole, Donald Gheen and Donald Goodman. Standing are Johnny Sprinkle (manager), Lester Gobble, Bobby Newsome, Eugene Stoner, Jack Edward, Donald Honeycutt, Lewis Mulkey and Coach Frank Eller. Not present for the photo was Cecil Mulkey.