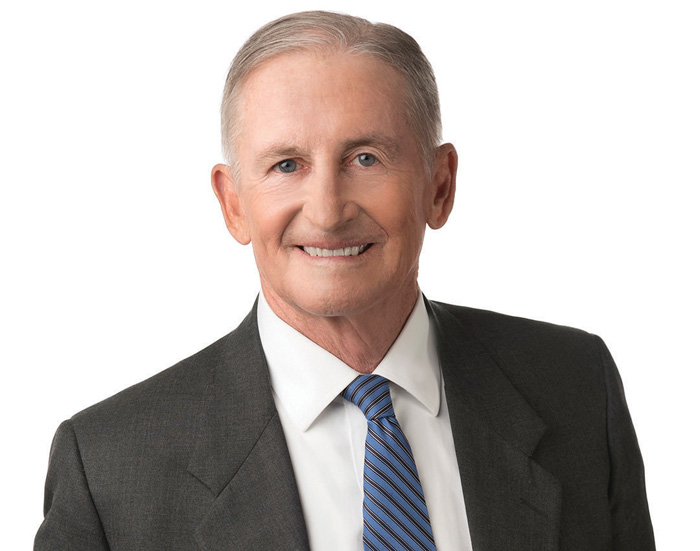 Rowan County native Wells Hall, a partner with the Nelson Mullins law firm in Charlotte, has been elected president of the American College of Tax Counsel.

Rowan County native Wells Hall, a Charlotte partner with the Nelson Mullins law firm, has been elected president of the American College of Tax Counsel for the remainder of the term vacated by Charles P. Rettig.

Retting resigned as president of the group after his confirmation as the 49th commissioner of the Internal Revenue Service, beginning Oct. 1.

Hall is a 1966 graduate of West Rowan High School and grew up on a Mount Ulla dairy farm.

As president of the American College of Tax Counsel, Hall will lead a national body of about 700 members, all recognized for contributions to the tax law field.

The governing body of the college has 19 members, including one regent from each federal judicial circuit, two regents at-large, the college’s officers, and its past president.

A resident of Kiawah Island, Hall has worked out of both the Charleston and Charlotte offices of Nelson Mullins and now helps coordinate the firm’s tax, employee benefits and estate planning practice.

The American College of Tax Counsel provides a venue for tax lawyers “to work together to promote sound tax policy and to engage in thoughtful discussion with the government about matters affecting the tax system,” Nelson Mullins said in a release.

Members must have practiced for at least 15 years with the major part of their careers being devoted to tax-related matters and must show a high standard for excellence, ethics and involvement in the field.

Fellows must be nominated for membership and undergo a screening process before being elected as fellows of the college.

Robert E. McKenzie, a Chicago tax lawyer and former president of the group, said Hall has strong leadership skills and would take the lead promoting the group’s priorities. “He does a wonderful job of communicating,” McKenzie said.

When Rettig was formally nominated by President Donald Trump last February as the successor to former IRS Commissioner John Koskinen, Hall said Rettig began staying out of the group’s internal discussions of whether to intervene in certain cases involving the IRS.

In addition to promoting taxpayer rights, Hall said he hopes Rettig will be a strong advocate for IRS funding in Congress. Toward that end, Hall said the group will write a letter to support ample fiscal 2020 appropriations for the IRS.

While keeping an eye on IRS funding, Hall said he will continue hunting for court cases with the potential to help taxpayers and reshape IRS practices.

“We are looking for the proper administration of the tax system and cases that would help to ensure fairness, respect for taxpayer rights and the rule of law,” Hall said.

In college, Hall said, he was enticed by a business law class before graduating with a bachelor’s degree in agronomy from North Carolina State University. He later earned a law degree at Duke University.

While serving four years in the Army Reserve and earning the rank of captain, Hall worked as a lawyer on a wide range of tax-related issues for Thigpen & Hines, a tax boutique firm in Charlotte.

In mastering complex issues, Hall said he applied lessons he learned working on his family farm: “You’ve got to stay with it until you figure it out.”

After Thigpen’s merger with Moore & Van Allen in the 1980s, he helped lead the combined firm’s tax department. In 2000, he joined the new Charlotte office of Mayer Brown as a partner in the transactions and consulting practice, specializing in mergers and acquisitions, financial products and real estate, while working on several state and federal tax disputes.

After retiring from Mayer Brown in 2013, Hall joined Nelson Mullins.

Established in 1897, Nelson Mullins has more than 750 attorneys and government relations professionals with offices in 11 states and Washington, D.C.

Lighting of the Fall Fires in Gold Hill warms…