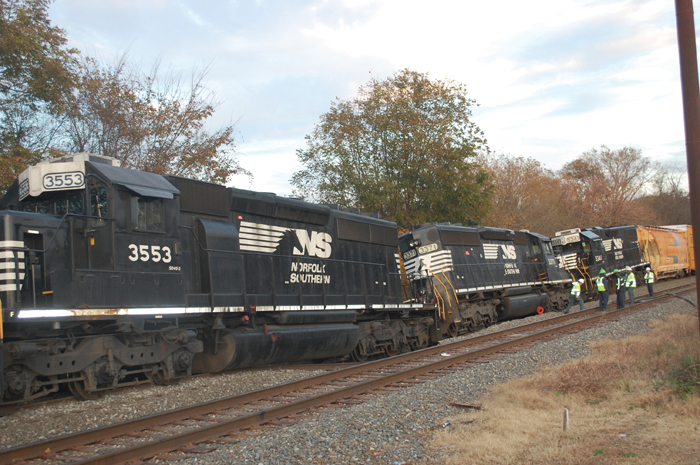 Three locomotives of a Norfolk Southern derailed off West Innes Street behind the Sherwin-Williams paint store on Sunday afternoon. One had a diesel fuel leak.

The train derailed behind Sherwin Williams paint store at 12:40 p.m. Sunday. One of the locomotives had a small diesel leak.

“It was a minor leak,” said Susan Terpay, Norfolk Southern public relations director. “It has been remediated.”

After Norfolk Southern removed the three locomotives with a crane, the railroad began assessing track conditions and will begin repairs to restore rail service on the line. Terpay said Norfolk Southern has two sets of tracks in this location and has continued to operate trains on the second track.

Terpay said the cause of the derailment is under investigation.

Crews initially said the derailment was due to the railroad tracks being washed out.

On Sunday afternoon, McElroy advised residents within a mile radius to stay inside as a precaution.