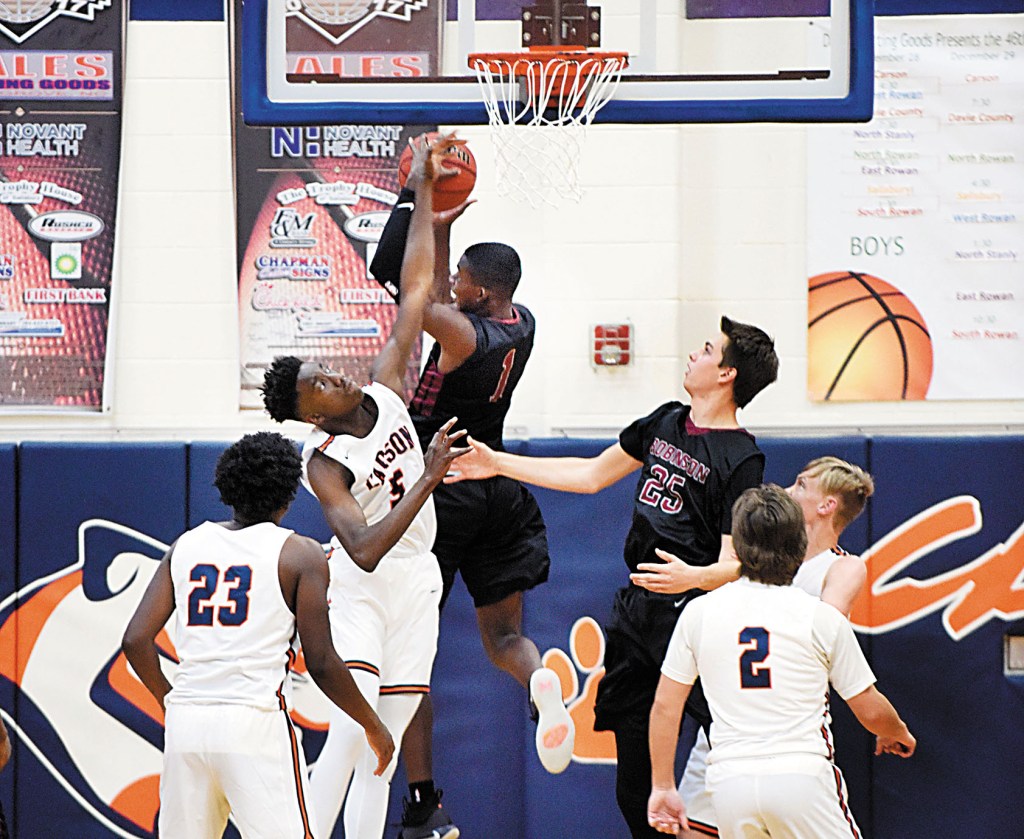 The fifth starter, senior guard Cole Perry, is recovering from ACL surgery and isn’t expected to be cleared for action until mid-December.

“Hopefully, we’ll have Cole back for some minutes in the Christmas tournament and he’ll be ready to go when we start conference play,” Carson head coach Brian Perry said.

That means there are going to be some growing pains for the Cougars. Inexperience was evident in Monday’s opener against J.M. Robinson, and the Cougars lost, 74-60.

“We’re really inexperienced and guys are still learning,” Coach Perry said. “We were just kind of running around out there. We saw some good things and we’ll get better. We’ve just got to get everyone in the right spots.”

“We had some scrimmages, but we hadn’t seen anyone nearly as athletic or as aggressive as Robinson,” Coach Perry. “It was eye-opening for our guys. We know we’ve got to get better.”

Carson plays Saturday morning in the Headliners Challenge against North Wilkes. That game will be played at High Point Central at 11:30 a.m.