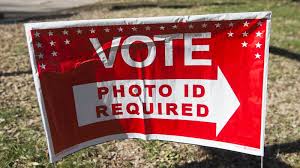 It’s not that I didn’t want to. I’m one of those people who feels strongly that it’s a basic duty of citizenship to vote in every election. I judge people who don’t vote.

My excuse was that I was a UNC-Chapel Hill student still registered to vote in my Virginia hometown. The absentee voting deadline slipped by me, as I’m sure it did for other busy college students.

The following year, I moved my voter registration to North Carolina to make sure it wouldn’t happen again. But under the state’s 2013 voter ID, that switch would have been a lot harder.

That’s because the legislature refused to allow student ID cards at the polls. It didn’t matter that IDs issued by public universities are effectively government-issued IDs. There had been no reports of fraudulent student IDs. GOP legislators didn’t include student IDs because they know the majority of college students tend to vote for Democrats.

In order to vote in North Carolina as a student, I would have needed a new driver’s license — an extra hassle that would make no difference to the integrity of elections. But the hurdle might have kept some out-of-state college students from moving their voter registration here and taking advantage of on-campus early voting sites.

The debate over students IDs will likely return when the state legislature comes back to Raleigh on Nov. 27. Lawmakers need to write a new voter ID law after 55.6 percent of voters supported putting a photo ID requirement in the state constitution.

Voters didn’t, however, get to decide what types of photo IDs should be accepted. The lame-duck legislature will answer that question, and one of the top House leaders, Rep. David Lewis, R-Harnett, told me he expects the new law will allow at least as many types of IDs as the old 2013 law. That list included North Carolina driver’s licenses, tribal ID cards, DMV-issued ID cards, U.S. passports and veterans’ ID cards issued by the U.S. Department of Veterans Affairs.

Lewis said he supports expanding that list to college and university IDs, but it’s unclear if enough other Republicans will agree. Opponents of allowing student IDs have argued that college students should update their driver’s licenses and vehicle registrations if they want to vote in their college town.

But residency laws for voter registration don’t mention DMV records. The law simply requires voters to confirm that they “have been a resident of North Carolina, this county, and precinct for 30 days before the date of the election.”

There’s no rule governing people who split their time between two residences. Retirees who have a second home at the beach can decide which house they use for voter registration. The same goes for state lawmakers who own Raleigh condos but stay registered in their home county. College students deserve the same options.

Lawmakers will also decide if there will be exceptions to the voter ID requirement. If my wallet gets lost or stolen the day before an election, will I lose my right to vote? The old voter ID law had a “reasonable impediment” provision that allowed voters to cast a provisional ballot if they filled out a form explaining why they couldn’t show ID.

That provision needs to be part of the new voter ID law. If not, a mugger could effectively take away your vote. The provisional ballot option could also help people who have trouble obtaining an ID — and make the law less vulnerable to costly lawsuits.

Voters gave the General Assembly a clear mandate to require photo IDs at the polls. But that’s not an excuse to make voting harder — for college students, recent wallet theft victims or any other group.

So now Michelle Obama finally tells her truth. There has always been about her a sense that she did, indeed,... read more