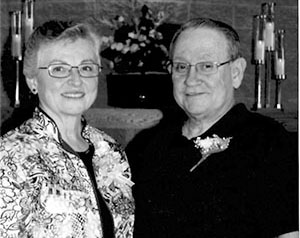 Ron is the son of the late Dick and Opal Williams of Wilmot, S.D. Patricia is the daughter of Iva Lowe of Watertown, S.D. and the late Don Lowe.

Matron of honor was Iva Lowe, mother of the bride. Best man was Todd Williams of Watertown, S.D., son of the groom.

A reception was held at the Pizza Ranch in Watertown.

The couple have delayed their honeymoon until Ron completes 50 years of barbering on March 15, 2019. A trip to the southwest states is planned. They reside in Watertown, S.D.