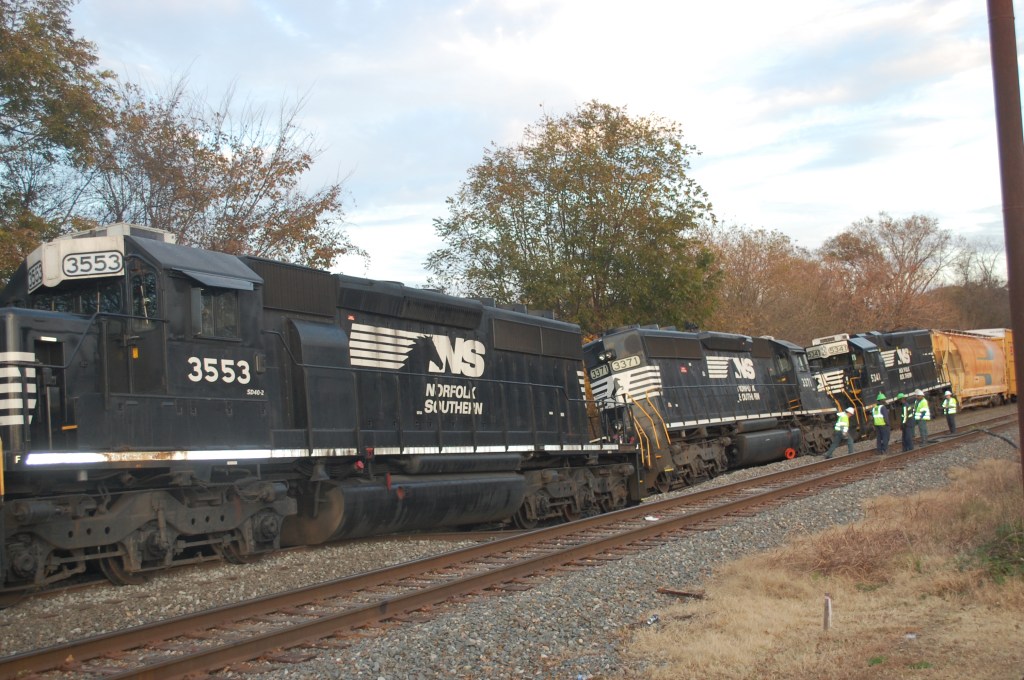 Three locomotives of a Norfolk Southern train derailed off of West Innes, behind the Sherwin-Williams Paint Store, on Sunday afternoon. One of the cars had a diesel fuel leak. 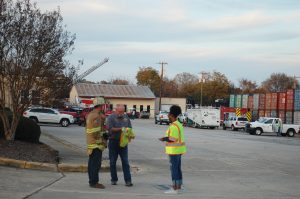 Salisbury Fire Chief Bob Parnell, batallion chief Jay Baker and Salisbury communications director Linda McElroy speak to each other at the site where the train derailed on Sunday. 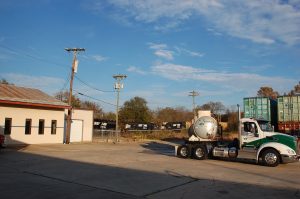 Shamrock Environmental Corportation backs its truck to the train derailment on Sunday afternoon.

SALISBURY — Three of seven locomotives of a Norfolk Southern train derailed on Sunday afternoon behind the Sherwin Williams Paint Store off of West Innes.

The train derailed at 12:40 p.m. Initial crews said the derailment was due to the railroad tracks being washed out, but couldn’t confirm.

“Three of the seven locomotives in the train have derailed and one has a small leak,” said Linda McElroy, communications director for the City of Salisbury.

The Salisbury Fire Department division chief Jay Baker confirmed the leak was from diesel fuel. Environmental groups were called in to access the leak. He added the fuel was not still leaking.

“We would like our residents who are in a one-mile radius of this particular area to stay at home until we can continue to assess the situation,” McElroy said.

A crane will be brought in to move the train Sunday night.

Baker said they expect this process to last 12 hours.