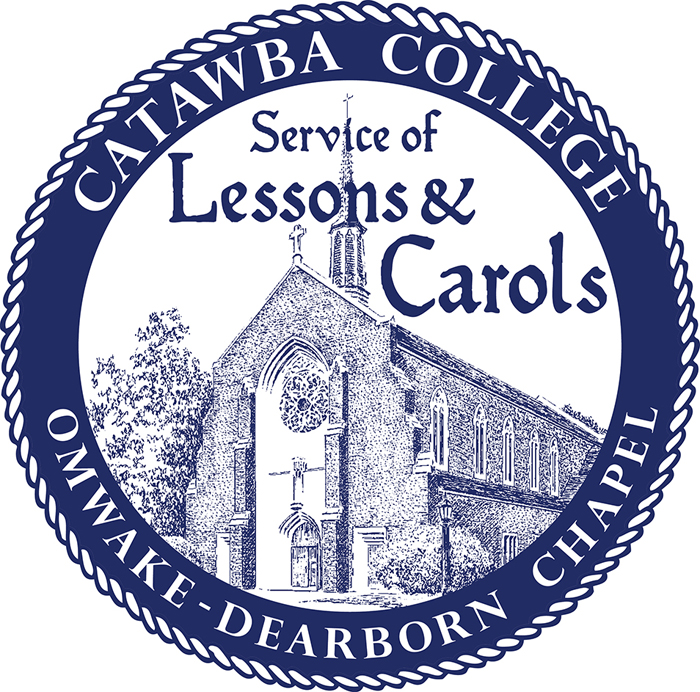 SALISBURY — The Catawba College music department will kick off the Christmas season with its 31st annual Service of Lessons and Carols.

The service is open to the public and will be at Omwake-Dearborn Chapel on Dec. 3 and Dec. 6. Tickets are not required.

Seating is available for as many as 700 beginning with prelude music at 6:30 p.m. and followed by the service at 7 p.m.

Catawba will offer shuttle van service to and from the chapel from Robertson College Community Center or Abernethy Physical Education building. For information, contact the public relations office at 704-637-4396.

The Service of Lessons and Carols is based on the historic ritual that originated in 1918 at King’s College in Cambridge, England. Erick Milner-White, dean of King’s College and an Army chaplain, felt that a more imaginative way of worship was needed by the Church of England.

The readings, prayers and hymns first used in 1918 are still used today to create a service that weaves carols of the season with scriptures or lessons relating to the story of Christmas from the prophecies to the mystery of the Holy Trinity.

The Catawba Chamber Brass, under the direction of music department Chairman Stephen Etters, and organist Stephen Stringer will offer a half hour of prelude music at 6:30 p.m. The organ to be used is a temporarily installed 4 manual, 84-rank Rodgers digital organ that will be interfaced with 17 ranks of the chapel’s 1968 Casavant organ.

Under the direction of Phillip E. Burgess, associate chairman of the department of music and director of choral and vocal studies, the combined choirs of Catawba College will open the service singing “We Shall Light a Thousand Candles” by David Rasbach. During the service, traditional hymns of the Advent and Christmas seasons will be sung by the congregation. Traditional choral favorites, including “Salvation Is Created,” “Who Is He in Yonder Stall?” and “This Christmastide” will be featured.

Catawba’s PopAC will sing two arrangements by Michael W. Smith of “Ancient Words” and “All Is Well.” The Chamber Choir will perform Dan Forrest’s “There Is Faint Music” and a new arrangement by Burgess of “Song of Mary the Mother.”

A reflective and introspective piece, “Song of Mary the Mother” asks the listener to imagine what Mary was like. The piece was written as a carol for use in a Christmas pageant at Woodside Church in Flint, Michigan. While a graduate student at the University of Michigan, Burgess was director of music at Woodside Church and worked closely with the song’s composer, Lenore Lanterman.

The Pentatonic arrangement of “O Come All Ye Faithful” will feature numerous soloists.

Student conductors Gregory Florio and Katie Zobel will lead the women and men of the choir in pieces they have selected. Jacob Hahn and Stephen Stringer will accompany the ensembles on keyboard. Several student instrumentalists will accompany the choir on violin, bass, guitar and percussion.

For those who are unable to attend, Catawba will offer a live-stream broadcast of the Dec. 6 service on the college’s YouTube channel beginning with prelude music at 6:30 p.m.