Quotes of the Week: ‘Satisfied with what we got’ 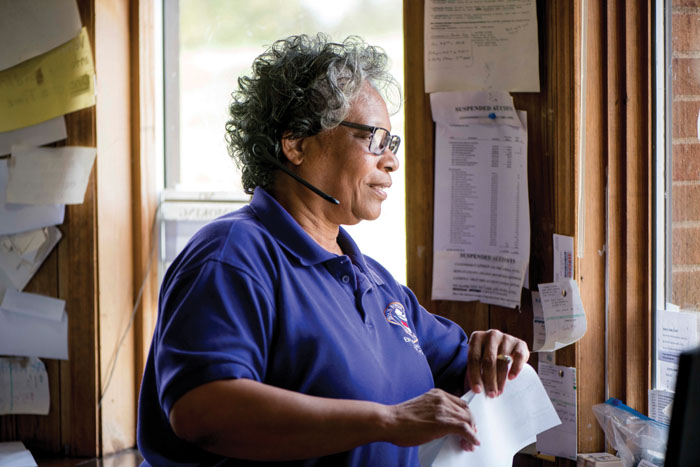 “Growing up how we were raised, we were not rich or had anything. … We were satisfied with what
we got.”

— Catherine Allison, who has worked at the scale house at the Rowan County landfill for 30 years and whose siblings were farmed out among family and friends after the death of their mother when she was 12

“Sometimes what happens in the morning before (children) get to school will bring you to tears.”

— Marvin Moore, principal at Isenberg Elementary School, on the effects of poverty and family instability on young students’ ability to succeed

“It’s our duty to remember the sacrifices of all veterans and make sure our commitments to them and their families are honored.”

— Jonathan Pullin, principal of Essie Mae Kiser Foxx Charter School in East Spencer, which opened this year and is the only charter school in Rowan County

— Coleen Johnson, on the death of her sister, Sonya Dalton, 34, who was struck by a vehicle on Airport Road Tuesday evening as she checked her mailbox; the driver of the vehicle was drunk, authorities say

“In 34 years of football, this is only the fourth time I’ve experienced a losing season. But I can’t show my disappointment. I stay positive.”

— Curtis Walker, head football coach at Catawba College, whose team is 3-7 going into a season finale against UNC-Pembroke on Saturday

“We should not be so heavenly based that we’re not earthly good.”

— The Rev. Dr. Vernon Shannon, at an observance of the 50th anniversary of Zion Hill Apartments, a joint project in 1968 of his church, Moore’s Chapel AME Zion, and Soldiers Memorial church to provide affordable housing for families displaced by urban renewal