Sacred Heart students get creative in their Makerspace 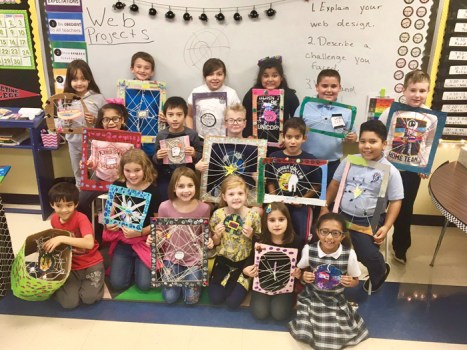 Submitted photo Students at Sacred Heart Catholic School show off their webs of virtue following a project in the makerspace. 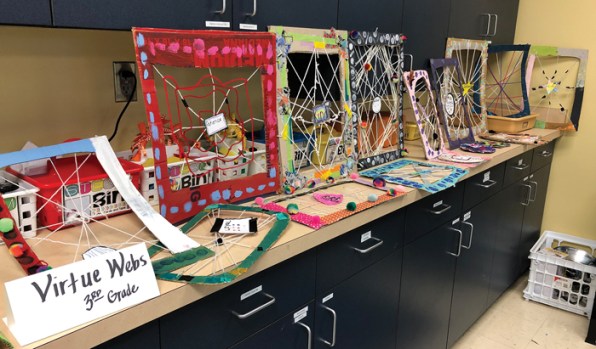 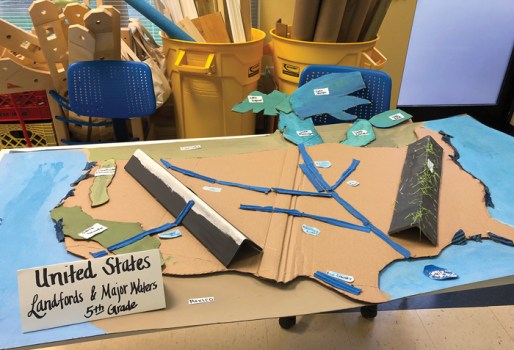 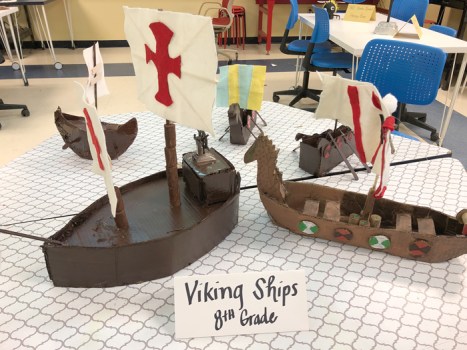 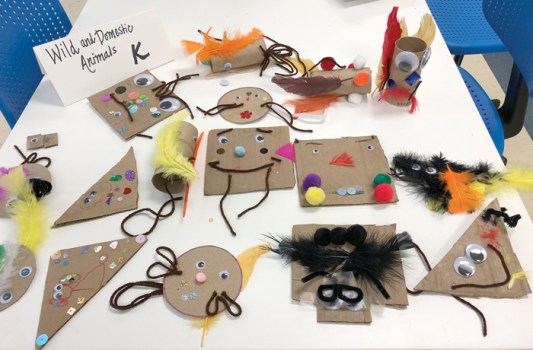 Submitted photo Kindergarteners created all sorts of creatures in the makerspace at Sacred Heart Catholic School.

A makerspace is a common place where students share interests, ideas, equipment and knowledge to create, invent, learn and explore.

All students in kindergarten through eighth grade competed in the challenge in which the creative word was “cardboard.” The topic was broad because Sacred Heart wants students to have the chance to be creative and to challenge themselves.

The projects included wild and domestic animals from kindergarten to Viking ships from eighth graders. The fifth-grade students created landforms and major waters, and third-graders made virtue webs, just to name a few.

“I have selected our third-graders to highlight how our school takes standard curriculums and allows them to explode in our students’ minds. It really is just mind blowing,” said makerspace director Erin Brinkley.

“During the past month, our third-graders have been reading ‘Charlotte’s Web’ and have studied different types of spiders and their webs. They carefully researched spiders (iPad pictures), invented devices that simulate how spiders climb (string and spider pictures), planned a design, and finally created their own individual webs.

“Next, these young third-graders moved their ideas to our Cranium Cove Makerspace where the building phase began. Using a variety of supplies, including cardboard, string, paint, glue, tape and perseverance, these students created their webs.

“As a final touch, each web included a virtue or positive character trait at the center, as inspired by ‘Charlotte’s Web.’ What makes the webs outstanding is that the word at the center of a student’s web did not describe themselves, but a classmate that was selected secretly.”

Sacred Heart leaders are excited about the creative learning happening in its makerspace.

“I am just over the moon about it,” said Principal Tyler Kulp. “Our next generation has to be innovative and creative. We have such a big responsibility as educators to teach the standard curriculums, but not just as our students sit at their desks. They have to be able to apply these curriculums in the world they live in … learn, create, invent, apply and learn again. That’s what is happening at Sacred Heart.”

Sacred Heart School is in Salisbury and has classes in kindergarten through eighth grades. For more information, call the school office at 704-633-2841.