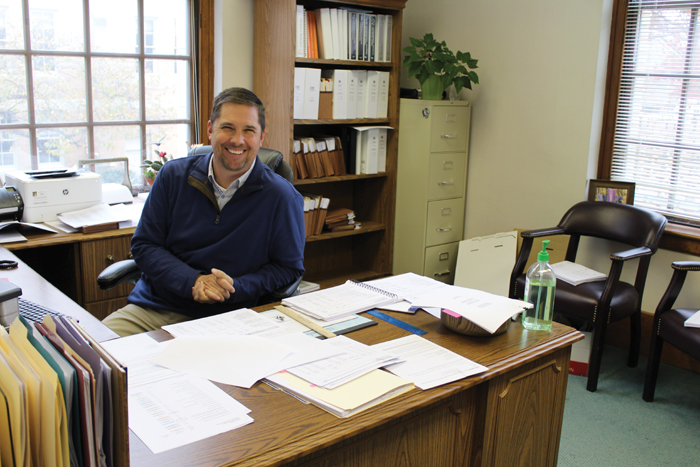 SALISBURY — Nearly a year after the Rowan County commissioners approved the design for a remodeling of the county’s finance and human resource department offices, the process has begun.

The design, prepared by ADW Architects, was approved last November. It came inresponse to the company’s 2015 space needs study that indicated the county’s finance, human resources and elections departments would need additional square footage to “meet their short- and long-term space needs.”

At the time of the study, all three departments were located in the J. Newton Cohen County Administration Building. The Board of Elections Office has since relocated to the county-owned West End Plaza.

The move of elections offices provided the space needed to upfit the administration building’s first and basement floors. Construction on the $244,500 began in late October after a public bid process.

Don Bringle, director of facilities management for the county, said the county was pleased to contract with a local company.

“A lot of times on low bid, you get companies that are out of town,” said Bringle. “Not to say that that’s bad, but these are taxpayer dollars being spent. I like for them to be able to see it come back home rather than go outside.”

Bringle said Salcoa has been very accommodating to work with.

The last remodel of the early-20th century building was completed in 1995.

“This whole process has been extremely smooth,” he said. “We’ve been fortunate. I’ve had a lot of jobs going on and Salcoa has been very, very good to work with. … I can’t say enough about them as far as a local company.”

Once completed, the remodel will allow the currently co-mingled finance and human resources to have their own space and storage areas. Human resources will move into the space once occupied by the Board of Elections.

The remodel also allows for restrooms to be added to the basement level, an amenity now missing.

“When the Board of Elections moved out, it opened up the space that we needed to be able to achieve all of this,” said Bringle. “This renovation is going to give some needed employees access to more space and more convenient restrooms.”