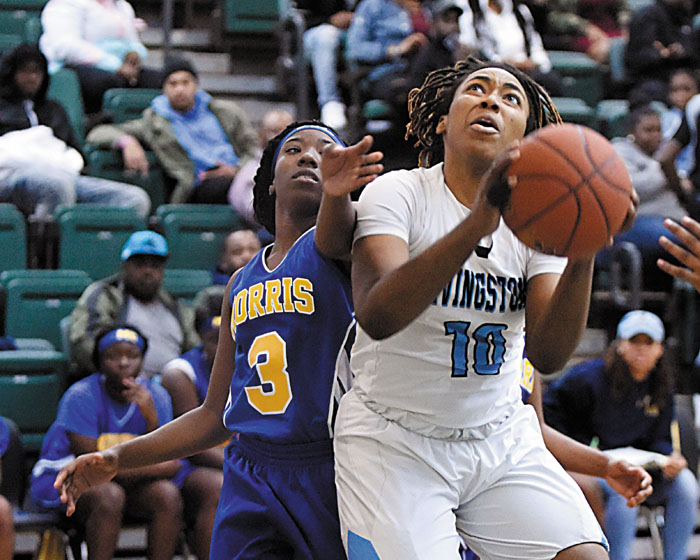 Junior transfer Daisa Harris showed why coach Tiffany Silver was so excited about the newcomer from Harford Community College. Harris, a 5-7 guard, scored 17 points in the first half, had eight more in the third period and finished with a game-high 34.

Harris made 12-of-26 shots from the floor, just one being a 3-pointer. She also picked up five rebounds.

The 34 points are Harris’ most thus far in official games, although she also matched that total in an exhibition win over Division I Winthrop on Nov. 1.

The Blue Bears’ largest lead of the game came with 4:25 left in the game, when Harris nailed a 3-point field goal for an 80-44 advantage.

Morris, led by Harvin with 15 points off the bench, shot 41 percent from the floor for the game (24-of-58) but hurt itself immensely with 38 turnovers.

The Blue Bears may have put the game away with a 24-6 third period, giving them a 69-35 advantage. Morris never led in the contest.

NOTE: Livingstone returns to action on Saturday, a 2 p.m. tip-off at Lees-McRae.