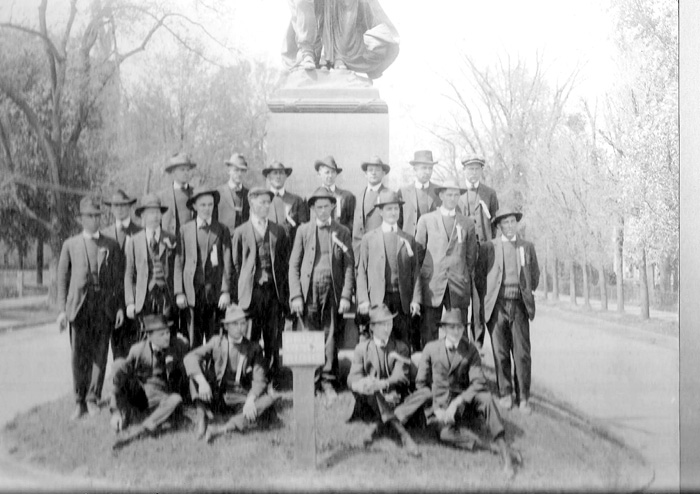 Today is Veterans Day, and it also happens to be the 100th anniversary of the end of World War I. So it’s fitting that Jeanne Miller of Winston-Salem provided this photograph of men gathered for a picture in Salisbury before they left for the war. Her grandfather, William W. McSwain, is standing second from left in this photo, taken in April 1918. These 20 men had been ordered to gather at the federal building at 9 a.m., and they waited in town for several hours before reassembling at the federal building and marching to the depot to catch a 2:30 p.m. train headed for Camp Jackson in Columbia, S.C. McSwain would go on to serve in Europe as part of the Army’s 105th Regiment of Engineers, which was part of the ‘Old Hickory’ (30th) Division. McSwain had a twin brother, Walt, who also served in the war, William McSwain would return to Salisbury. He operated a grocery store on North Main Street for 25 years before selling and becoming an insurance salesman with Mutual of Omaha.