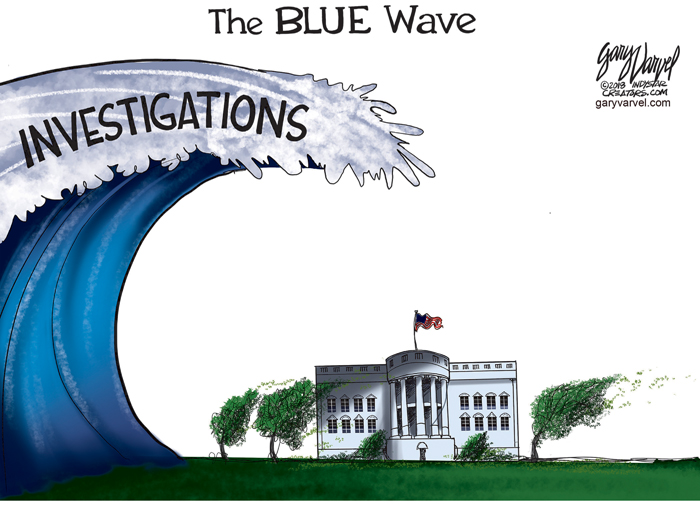 Dear Josh Dunn: I have banked with your company since 1986 when R.O. Everett was city executive and Wachovia practiced corporate philanthropy, engaged in the community and participated in downtown revitalization.

Since being swallowed by Wells Fargo, Wells customers have been treated to fake accounts (fined $18 million), mortgage and auto abuses (fined a record $1 billion), retaliation of whistle blowers and small business credit card overcharges (just to name a few). In short, your company has a morally bankrupt business model.

Wells has slowly been killing off the downtown branch by closing the drive-through and not attempting to be part of the downtown community. And now you want to totally disinvest in our downtown.

Enough of Wells Fargo. You have my checking account, line of credit and credit card. But not for long. I am divesting in Wells Fargo. I hope others in our community feel the same way.

Another example of Wall Street abandoning Main Street. Maybe the bank will abandon the Tryon Street branch next, but I doubt it. Like most other things, you should bank local with people you know. My father helped start Scottish Bank in the ’40s that was later bought by First Union. The merger of FU and Wachovia set up the collapse in ’09 and the dismal placement of assets with this joke of a bank. Good riddance.

Since my office is upstairs, it sure would have been nice to be notified of this before reading it in the paper.

It’ll make a nice space for a downtown supermarket, maybe Trader Joe’s or something similar.

… Schools retreat considers policy from a student’s point of view

I have one question to ask those in charge of student learning for Rowan-Salisbury Schools: Why has it taken so long for the system to realize that the student drives the curriculum? As a retired educator, I always diagnosed my student according to his/her strengths/weaknesses and, using the necessary standards for the state as to what the student should know/learn, I wrote a prescription for each individual student to be successful. My efforts were higher test scores until I was pushed out of the system. Teachers teach. Whom do teachers teach? Students. What do students learn? Students learn the necessary curriculum for the grade level in the manner in which the student learns best. Basic principle of an old school teacher who just recently retired.

First, if you can’t wrap your head around something and need things to be a certain way, why in the world would you give the person responsible a two-year extension? Second, if I were in charge of a system that had the test scores we have, I would say the test scores don’t matter that much either. Unfortunately the rest of the education world and the public assess schools based on test scores.

… Central Cabarrus students charged with having gun on campus

When I went to high school, if kids were angry at each other they had a fistfight and it was over. Now if kids get angry, they shoot to kill. Something is very wrong with all of these guns being available.

… Letter: How many are armed?

Nearly 10 years after this was thoughtfully researched and written (“Preventing Violence in Schools,” a report from Miami-Dade County Public Schools), we are still having school shootings. Clearly this has always been, or has become, a complex behavioral problem that, as with most behavioral problems, people want to place blame, isolate to one cause, and keep their head in a cloud about because it’s easier than actually collaborating.

Part of this problem is the ease with which people acquire guns. Part is drugs. Part is mental health. Part is children who feel disconnected. Personal problems, social problems, government regulation problems. So, yes, let’s get metal detectors. But let’s not be naive and think this is the single cure. Because, we all really know it’s not.

Maybe they can also eliminate the procedure for visiting someone in prison. Lots of paperwork involved but everyone manages to do it to visit those incarcerated in prison and even to notify the prison of change of address in order to make sure there is no problem with upcoming visits. These visitation requirements are for the benefit of all involved (inmates, visitors and staff). Getting a photo ID is much easier than what these individuals go through to visit their loved ones, yet they comply because there is no avoiding it. It is the rule of visitation. Do not comply. Do not visit.

So proud of you. It is hard to come back home and see everything we once knew or loved gone. The mill, the lake, the buildings, the veterans memorial — everything my grandparents and parents knew, everything we grew up with no longer there. Sad. But you and your mother are making a difference.

Everyone, it is time to cast differences aside if we are to truly save all of our children in Rowan County so that they can grow up strong and ready to take care of themselves, please.

… Leonard Pitts: We could lose our country, or save it

I agree with Mr. Pitts on several points. Asking what a politician will do for us is absolutely the wrong question, giving the impression that the non-voter would welcome a nanny state. I, too, miss the Rockwellian corniness that modern sophistication disallows, and of course the president does not have the power to override the Constitution with an executive order. President Trump is an ill-mannered ogre whose less-than-statesmanlike behavior has exposed, not created, the incivility of some on the left. OK, so maybe we don’t agree on everything. I think he is right about losing or saving the country; we just differ on which party presents a danger.

It was just over 10 years ago or so when RSS started earlier in the month of August, and the semester ended before Christmas break. Then the state mandated the Aug. 26 start date. It’s good to see that, with renewal, local control means decisions can be made by those who actually know what they’re doing instead of bureaucrats in Raleigh.