My summer experience in Ireland was life-changing 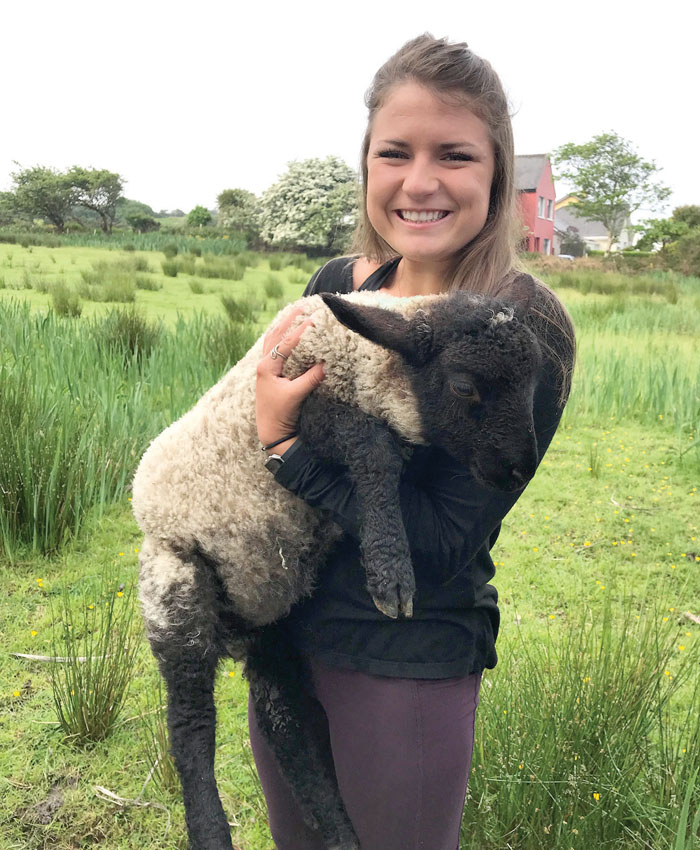 The trip of a lifetime — eye-opening, impactful, life-changing, and so much more that I won’t list — is exactly how I would describe my experience in Ireland. I cannot put into words how grateful I am to have experienced something such as this.

Nervous, excited, frightened and anxious can all describe the mixture of emotions I was feeling in the few weeks leading up to May 23.

I arrived at the airport and kissed my parents goodbye, not knowing that my life was about to be permanently changed. As I reached my first layover in Philadelphia, I was greeted by about 20 strangers who are now among some of my closest friends. We all boarded the plane and eight hours later arrived in Dublin.

For the first week of this trip, I was able to travel the entire island of Ireland, exploring the Ring of Kerry, Slae Head, Dingle, Kilarny and many other small towns. I was immersed in the Irish culture through song, dance and cuisine.

My experience did not slow down after this tour, as I then became settled in Cork, where I was to study for the next six weeks. My adventure had just begun.

I explored the city with fellow classmates, amazed by the history. I could not get enough of this place. I became friends with a few locals who would give us tours of the city and direct us to which sights were the must-sees of Ireland such as the Cliffs of Moher or the beach town of Kinsale.

Though Ireland is quaint, its beauty is indescribable. Spending these few short weeks on such a small island opened my eyes to just how busy and routine my life in America was. I have now learned to live on “Irish time,” as they call it, taking in the atmosphere around me, actually living in the moment rather than focusing solely on the next task.

I returned from Ireland cultured, spontaneous and grateful for the things we take for granted such as Walmart or refined sugar, because who likes Oreos that aren’t sweet?

I had the thought before I left that I was independent, but I quickly realized that I did not know the meaning of the word. Being completely on my own, having a clean slate for six weeks, not having my parents to fix any issues I had, and being forced to step out of my comfort zone and make new friends was by far the best thing that could have happened to me.

Grateful is an understatement, as I have the Catawba humanities department, Gerry Hurley and USAC to thank for making this experience possible for me. Without this scholarship, it would have been financially unattainable for my family, and I to have funded this sort of trip. These few words do not even begin to describe or convey how life-changing this experience was for me.