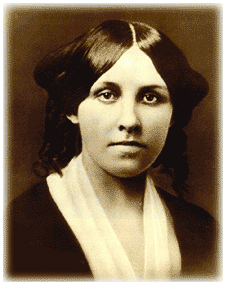 By Claire Raimist for LSt

The beloved “Little Women” by Louisa May Alcott is celebrating its 150th anniversary this year. The novel was originally published in two volumes, the first of which was published in 1868. Since its release, “Little Women” has remained a classic in high school and college English curriculums, as well as in everyday household bookshelves.

Celebrate the sesquicentennial of this cherished story by seeing it come to life on stage. “Little Women: The Musical” runs through Nov. 10 at 7:30 p.m. at Lee Street theatre.

In her new book “Meg, Jo Beth, Amy: The Story of Little Women and Why it Still Matters,” author Anne Boyd Rioux writes that “Just as Hemingway claimed that all of American literature (by men) came from ‘Huck Finn,’ we can also say that much of American women’s literature has come from ‘Little Women.’”

Throughout the last century and a half, “Little Women” has inspired girls in ways female characters rarely do. Each March sister has their own personality, each giving young readers a chance to wonder things like, “Which sister am I?” or “Do I want to be like Beth when I grow up, or Amy?” By reading along with the March sisters as they grow up in the book, young girls are able to grow up and learn with them.

“Little Women” gave readers a glimpse into the lives of the young American woman, but it also instilled in them that women can do what they want to do–and not just what they are expected to do. The novel allowed young girls to dream of the futures they wanted most and to find ways of making those dreams happen. Though Alcott understood the importance of domesticity, she knew that women had the power to break beyond that mold and make their place in the world beyond the home.

“Little Women: The Musical” tells the timeless tale of the four March sisters, Jo, Meg, Beth and Amy, as they persevere with life during the Civil War. This Tony Award-winning musical, written by Allan Knee, lyrics by Mindi Dickstein and music by Jason Howland, will jump into the hearts and minds of audiences as they perform powerful songs like “Astonishing,” and “Weekly Volcano Press.” Tickets are $22.90/student tickets  $10 at 704-310-5507 or at leestreet.org