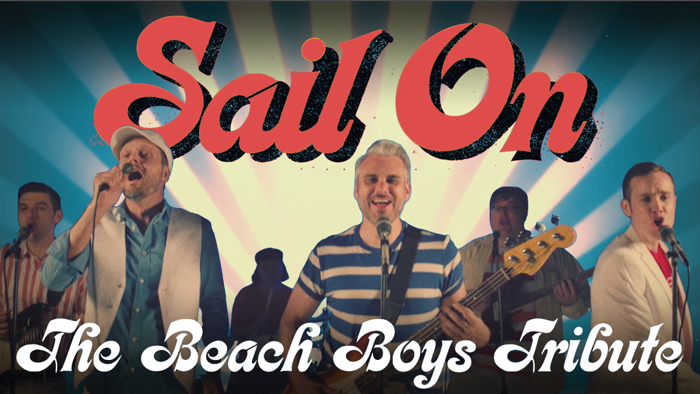 By Claire Raimist for LSt

Members Wyatt Funderburk, Paul Runyon, Matt Thompson, Jason Brewer, Carling Shatzman and Mike Williamson bring quality performances that “truly captured the sounds of the original group,” “[are] better than the actual Beach Boys!” and “hit the ground running from the very first note to the last note they

sang” according to various online reviews.

Their repertoire includes top hits like “I Get Around,” “Wouldn’t It Be Nice?” “Good Vibrations,” and “Surfin’ U.S.A.,” with other classics such as “Surfin Safari,” “Barbara Ann,” “Don’t Worry Baby,” and many more. Don’t miss your chance to have a rockin’ night at Lee Street theatre!

The group has performed with musicians from Brian Wilson’s band, The Zombies, Earth Wind and Fire, Cheap Trick, Mark Lindsay and produced recordings for Micky Dolenz.

The group started in Tennessee and is currently touring across the country, bringing the music of America’s Band to a variety of communities.