Yesterday: An aerial view of Roses, Rowan Mall in 1974 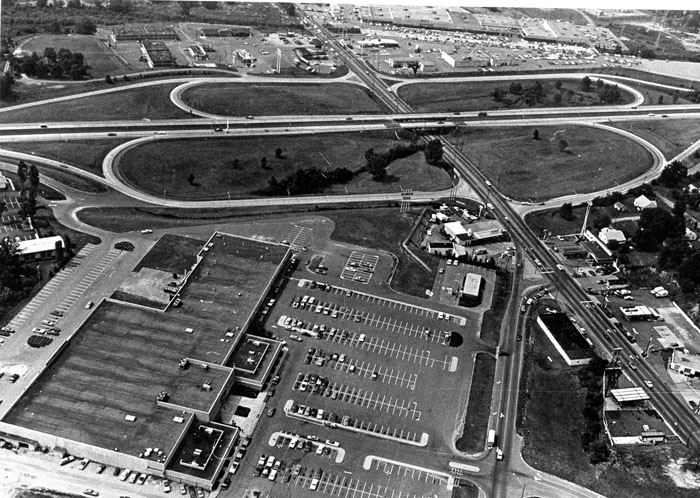 This Salisbury Post file photograph shows a 1974 aerial view of the Rose’s store at the Rowan Mall in 1974 (bottom left), and it also reveals a much different-looking Interstate 85/East Innes Street interchange. In the photograph’s upper right, you might be able to make out the old Towne Mall. Both the Towne Mall and Rowan Mall have long since been replaced by other commercial development. The Rose’s store first came to Salisbury as part of the Rowan Mall in 1967. By 1986, Rose’s added a store at the then new Salisbury Mall (now West End Plaza). Both Rose’s stores were closed in early 1994 as the parent company went through a Chapter 11 bankruptcy, filed in November 1993.